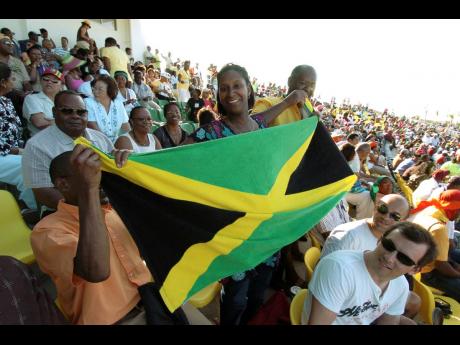 below: Spectators beam with joy at the opening ceremony of the 2007 Cricket World Cup at the Trelawny Multipurpose Stadium. 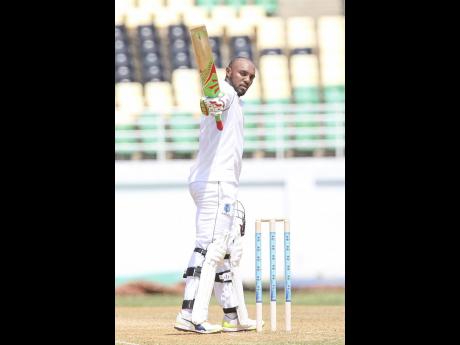 File photos left: Windies ‘A’ batsman Sunil Ambris hails applause for his hundred against Sri Lanka ‘A’ on the second day of the first “Test” at the Trelawny Multipurpose Stadium in October 2017.
1
2

The Trelawny Multipurpose Stadium, on the western end of the island, is set to host two games for the Jamaica Scorpions during the Regional Four-Day Championship, which is set to bowl off in January.

The Scorpions will first play the Leeward Islands Hurricanes in Round five at the Trelawny Stadium from February 13 to 16, 2020, after which the home team will host the Guyana Jaguars in round six February 27 to March 1.

It will be the first time in 11 years that the ground will be hosting four-day cricket, and Cricket West Indies Director of cricket and former Jamaica and West Indies batsman Jimmy Adams says the timing was right to bring back cricket to Trelawny.

"The stadium is scheduled to stage a Twenty20 International in two years and this was part of the process to get the ground in shape, it will be good to see the Trelawny Stadium hosting regional cricket again after so many years with this effort from the Jamaica Cricket Association to build its capacity in western Jamaica," said Adams.

The 25,000-seater stadium which was completed in 2007 before the ICC Cricket World Cup, hosted only one West Indies Championship match prior, with the Windward Islands defeating the host Jamaica by three-wickets in 2009.

The ground has staged five other first-class matches - two involving international teams touring the Caribbean, and three involving West Indies 'A' and counterparts from Sri Lanka and England.

"It's great to have cricket back in Trelawny. The reason the venue was chosen was based on the success of the Test match between West Indies A and Sri Lanka A back in 2017," said CEO of the JCA Courtney Francis.

In the meantime, the Andre Coley coached Scorpions will begin their four-day campaign away to the Trinidad & Tobago Red Force at the Brian Lara Cricket Academy, January 9-12.

The Scorpions first home game will be in round two against the Leeward Islands Volcanoes at Sabina Park January 16 to 19.