MY BIG REGRET: I did not win individual medal at World Champs 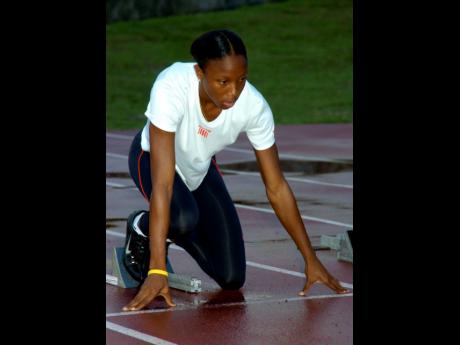 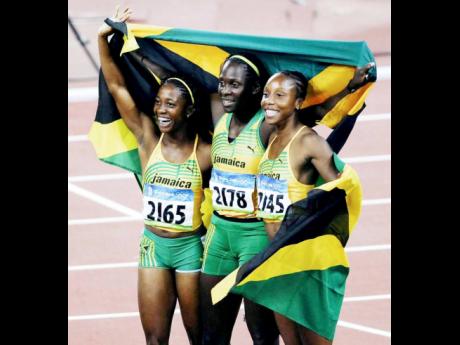 After failing to secure a spot on Jamaica's team to the 2019 World Athletics Championships, Sherone Simpson decided that it was time to hang up her spikes as it dawned on her that she might never be able to achieve her dream of winning a World Championships individual medal.

The feat had been on 2008 Olympic 100m silver medallist's vision board for a long time and having had to call time on her career without ticking it off her list has made it the most regrettable thing of the 35-year-old's long and illustrious career.

"My only regret is that I did not win an individual medal at a World Championship. In 2006, I was the number one in the world. I did surgery in 2007. In 2008, I won the silver medal in the 100m and then I did surgery again right after the Olympics.

Every World Championships year something happened and I was not able to get that medal ... but I am grateful for all that I have accomplished," she explained.

Simpson called time on her career in order to be able to better parent her daughter, Leanna, who has started preparatory school, she told STAR Sports.

"It was a lot of driving back and forth between Kingston and Spanish Town (GC Foster College) two times per day and because Leanna is in prep school now, I had to ensure that I was there for her daily activities. I wanted to be there to help her with her schoolwork and my commitment to training wouldn't allow that," she said. "I also decided to walk away because I gave it everything in training in 2019. I was getting personal bests in training and it was going so well, but when it comes to competition I was just not getting the results."

Simpson finished seventh in the 200m at the Jamaica National Championships last year in 23.45 seconds.

The mark was way off her personal best in the event of 22.00 seconds, a time she registered at the peak of her career in 2006 when she was regarded as the fastest woman in the world.

Simpson held the fastest time in both the 100 and 200m that season, but she had to do surgery the following season which ruined her shot to get a medal at the World Championships in Osaka, Japan, that year.

The Manchester High School standout looked set to get that medal at a World Championships after she won the 100m title at the Pan American Games in 2015 and was hell-bent on giving it another attempt after giving birth to her daughter in 2016.

"I felt as though I had it in me and I had to come back and try," she said. "But after last season I decided that was it."

Simpson won a total of five medals at the Olympic Games and World Championships.