Gardner steering Portmore in the right direction - ... after struggling to win games earlier in the season 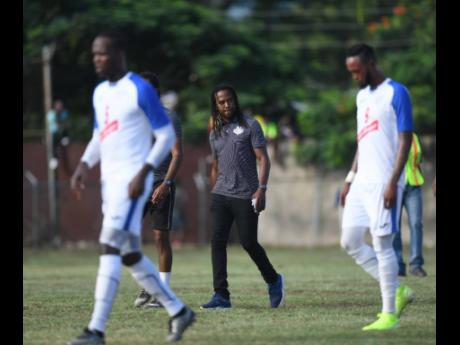 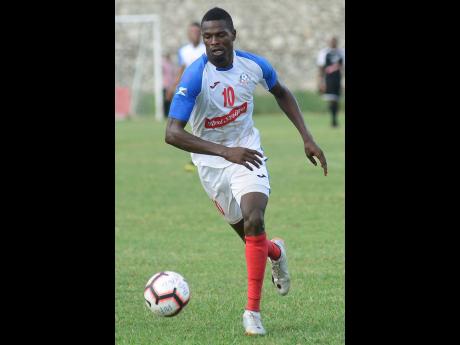 Portmore United’s Corey Burke dribbles the ball during his team’s 2-0 win over Mount Pleasant in the Red Stripe Premier League on November 24, 2019.
1
2

Portmore United's struggles in the early stages of the Red Stripe Premier League seem like a distant memory now as well as the questions as to whether Jamaica's World Cup veteran Ricardo 'Bibi' Gardner has the ability to guide them out of danger.

The club is back in contention to retain its title as the defending champions have moved into the top three for the first time this season after putting together a four-game winning streak.

The Catherine based- team have scored 13 goals over the mentioned period and put them on 42 points, four adrift league leaders Waterhouse.

And while Gardner has been pleased with the club's current position, he feels that there is more to learn and aspire to as he develops as a manager.

Gardner resigned from his first managerial position at his boyhood club Harbour View with the club in 10th place last season. He joined the defending RSPL champions at the end of last season and opened the season with three straight losses with fears that that history might repeat itself. Instead, Portmore are right where they want to be in the championship picture and he attributes this to the progress made by the players.

"We are improving each week. It's not only the [players] and the substitutions during the games. The training sessions have been a lot more competitive and people are fighting for spots," he said. "We just have to continue to work that way and continue to carry out our functions within the team and try to grasp each and every opportunity."

Portmore United now enter a busy month, challenging on three fronts. While having one eye on their Concacaf Champions League round-of-16 tie against Mexican club Cruz Azul starting on February 18, they will begin the defence of their Flow Concacaf Caribbean Club Championship crown when they take Dominican Republic champions Aletico Pantoja in their opening group B game tonight at the Anthony Spaulding Sports Complex at 7 p.m.

Gardner is looking to take the momentum from their unbeaten January towards regional competition.

Waterhouse and Cibao FC of the Dominican Republic have already qualified for the semi-finals of the tournament with Waterhouse winning their group.