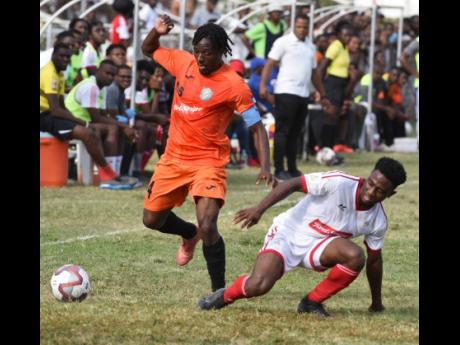 As the Red Stripe Premier League (RSPL) returns from its two-week break, Tivoli Gardens head coach Phillip Williams believes that the time off may have stalled the momentum that the team generated in their bid to make the play-offs for the first time in three years.

The club will travel away to Cavalier SC tonight at the Stadium East field as league action resumes this weekend as the final round of the regular season continues.

Tivoli find themselves in seventh place with 33 points, two outside of the play-off positions. But the long layoff from league play has concerned Williams who says that it has been a challenge in maintaining the mindset that led to the great run of form.

"I think this break came at a bad time for us. We had a momentum coming in from the second round although we lost our last game but we still felt that we had that momentum going," he told STAR Sport. "So it's been a difficult two weeks in terms of keeping the guys focused, but I think we did good job at that. Mentally and physically, we have to still keep as sharp as possible because we have to hit the ground running as soon as the league starts."

In preparation for the crucial stretch, the club got active in the January transfer window acquiring six new players including attacker Devroy Grey from Vere United and midfielder Ashley Clinton. Williams says that the duo will be able provide much needed help in their attack as they face a crucial stretch of key games that will impact their play-off hopes.

"For the season we have been using Newton Sterling, we have been using Jermaine Johnson and those are very good players but in terms of mobility, I think there is something lacking there. So we definitely went for Grey, who is a mobile player, and Ashley, who will fill in the midfield, that area where we think we fell short for the first two rounds," he said

Despite ending January with a 2-1 home loss to Mount Pleasant, the month has been very profitable for Tivoli Gardens, generating 10 out of a possible 15 points with three straight wins. After Cavalier, Tivoli face two tough assignments back to back against league leaders Waterhouse and defending champions Portmore United. Williams says, however, that the improved play has given them the chance to control their own play-off destiny, something he insists they must take advantage of.

"Whatever we did in those two rounds have set ourselves up for this crucial third round and it's now or never in terms of what you do. Whether you are fighting relegation or you are fighting to be in the top six for a play-off spot," he said. "It's going to be tough but we know that we are able. It's just for us to stick to how train and hope for the best after that."