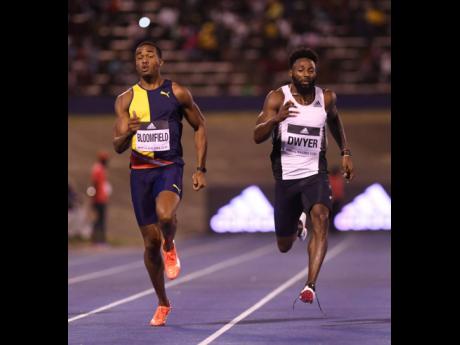 Akeem Bloomfield (left) moves away from Rasheed Dwyer to win the men’s 200m sprint in 20.34 seconds at the Racers Grand Prix at the National Stadium on Saturday, June 8, 2019. 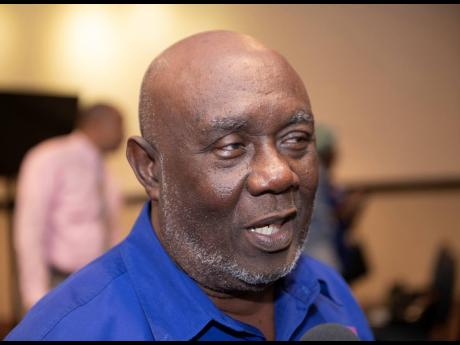 The Racers Grand Prix, which was awarded gold status in the newly formed 2020 World Athletics Continental Tour, has been postponed because of the coronavirus pandemic.

Meet organiser Glen Mills wrote a letter, dated Thursday, April 2, to World Athletics, the sport's global governing body. He cited the ferocity of the virus, the local and global restrictions on travelling and gatherings, the quarantine procedures, and the inconclusive timeline of the impact of the virus as reasons the meet would be postponed.

"It is now clear that our only choice is to postpone the date of this year's meeting of the Racers Grand Prix - Kingston Continental Tour Gold meeting," Mills, also president of the Racers Track Club, said. "We are now hoping to be able to reschedule the meeting for a date in the latter half of August. Of course, this is subject to the agreement of World Athletics, in keeping with the overall schedule. It is also subject to the availability of the [National] Stadium and the hotel on this new date."

The meet, which was originally scheduled for June 13, in Kingston, was one of 10 in the new series designed to accommodate athletes from several disciplines cut from the Diamond League for 2020. These included the triple jump, discus throw, 3000m steeplechase, and 200m. For these core disciplines, ranking points would have been allotted at the same level as the Diamond League.