Hall of Fame reward for Williams 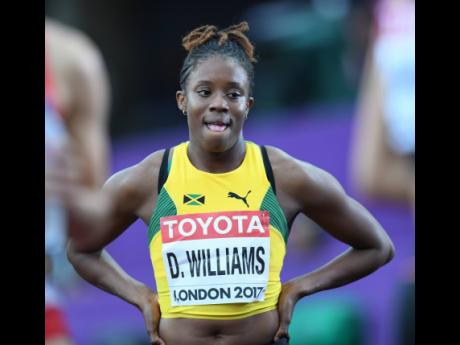 "Humbled," that's the word Danielle Williams used to describe her feelings after it was announced by the USTFCCCA (US Track and Field Cross Country and Coaches Association) yesterday that she will be enshrined into the 2020 Division II Track and Field Hall of Fame.

"I feel really humbled to know that my hard work has been recognised at some level. It wasn't something that I had set out in my career to achieve, but when I look back on what I was able to accomplish at the collegiate level, I realised that it was possible," she said.

"It is a testament of hard work, so I would tell collegiate athletes to put in the work and don't take any days off," Williams said.

In a statement yesterday, USTFCCCA said: "If there wasn't a mandatory five-year moratorium on induction into USTFCCCA NCAA Division II Track and Field Athlete Hall of Fame, Williams would have been welcomed immediately after she stepped off the track for the last time as a collegiate athlete in 2014. Simply put: Williams transcended the Division II level."

The 27-year-old broke the national record last year when she registered 12.32 seconds at the London Anniversary Games.

She went on to win a bronze medal in the event at the World Championships in Doha, Qatar, later in the year.