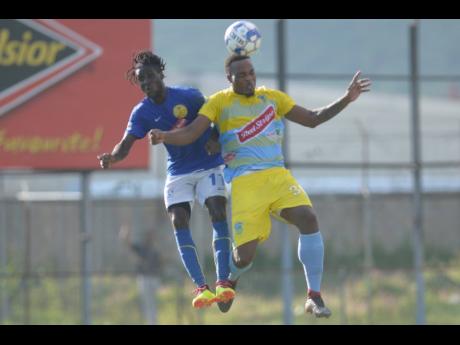 The two-time champions maintained the number-one spot in the point standing in the league for the majority of the season. With 54 points after 29 games, the Drewsland-based team seemed like they could at least win the regular-season crown, but the suspension of the nation's top-flight competition because of the outbreak of the coronavirus could have broken the team's momentum.

However, defender Shawn Lawes is hoping that the sheer determination to win the title the team showed throughout the season so far will enable them to pick up from where they left off.

"The suspension of the season will definitely break the momentum, but we are professionals and we are doing our best to stay as fit as possible. We still correspond with our fitness trainer. Every morning, the trainer sends out the specific workout that we should do and it is up to us to carry it out."

After sitting in the relegation zone up until December 2017, Waterhouse rallied under the guidance of Donovan Duckie to make it to the final of the 2017-2018 season, but were beaten on penalties 4-3 by Portmore United.

They were again beaten narrowly in 2019 when the St Catherine-based Portmore United edged them 1-0.

The near misses have left Lawes and his teammates on edge, as they face the possibility of the season being cancelled if the virus continues to spiral out of control in Jamaica.

"If the season should be cancelled, I would be extremely disappointed because we were the runners-up for two consecutive seasons and we were heading for the top spot this year, so I would be very disappointed," Lawes said.