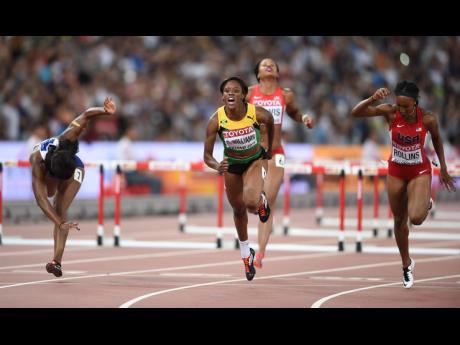 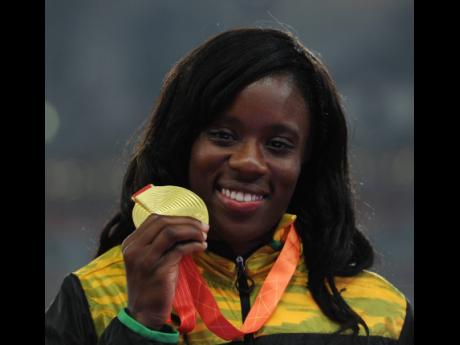 The 27-year-old shocked the world to claim the title in the sprint hurdles race over defending champion Brianna McNeil of the USA in a then personal best of 12.57 seconds, becoming the second Jamaican to win the event at the World Championships.

Wearing the underdog tag, Williams needed to find an extra gear to win her first medal at a senior championships. But instead of shifting gears, the Queen's School standout moved into a zone that she has not been able to totally venture into again.

The tunnel-vision focus helped Williams, running out of lane four, not to be distracted by McNeil, who ran in lane three.

"You are always hearing 'focus in your lane', but that was the only time when I was totally in my zone," she recalled.

Williams' sublime start seemed to have thrown off McNeil, as the American stumbled off the first hurdle and could not recover. She finished fourth in 12.67 seconds.

On the other hand, Williams was still into her zone even after she passed the finish line.

"When I got to the finish line I wasn't a 100 per cent sure I had won. I felt I was in the top three, at least, and when I looked up on the screen and I saw that I had won, it was relief. There was just this calmness that came over me, a bit of disbelief as well because, on paper, I shouldn't have won," Williams recounted.

Last season Williams broke the national record, lowering the mark to 12.32 seconds. She also won her second World Championships medal as she claimed bronze in the event.

"I think that race confirmed to me that I was world-class," she said.