‘Taxi’ was not happy with Red Bulls’ offer 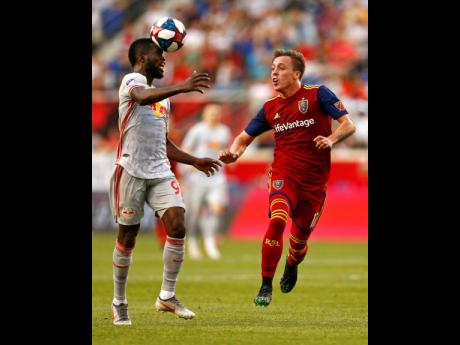 Although national defender Kemar 'Taxi' Lawrence was ready to make the leap to Europe, he was happy to stay with his former club, the New York Red Bulls of Major League Soccer (MLS).

But when the time came for the 27-year-old to renegotiate his contract, he was not satisfied with the terms that the club offered him, considering that the players around the league were getting large contract extensions.

"In negotiating in New York, we couldn't find common ground, and you see people just came [into the league] and how fast they rise when it's time to negotiate your contract. You see how they look at them different. Maybe they are US-born, maybe they are from overseas, but you as a Jamaican, they tend to pause and question everything that you have done," Lawrence told STAR Sports. "So that pause and that question that you tend to ask me, that was the reason why I had to move on."

It was beginning of a chain of events that led to the Reggae Boy requesting a trade from the club in November, and eventually ended in his much-desired European move in January, leaving for Belgian side Anderlecht for a reported fee of US$1.25 million.

While appreciative of the time that he spent with the club, he felt that he was not valued enough by the Red Bulls.

Lawrence says that this latest chapter of his career is important to ensure that the next generation of local players will be able to be better appreciated and valued.

"I know my people and I know what I am fighting for is bigger than football. I am fighting for that breakthrough so people can no longer look at my countryman and be like, oh, we can get him for a penny or two. Pay him what he is worth," he said.