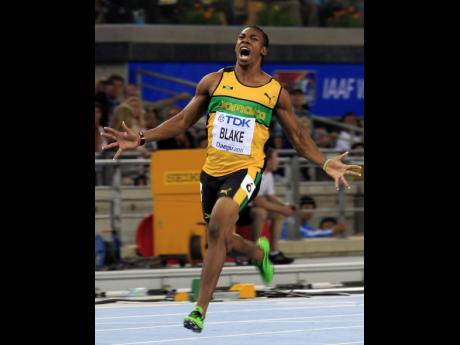 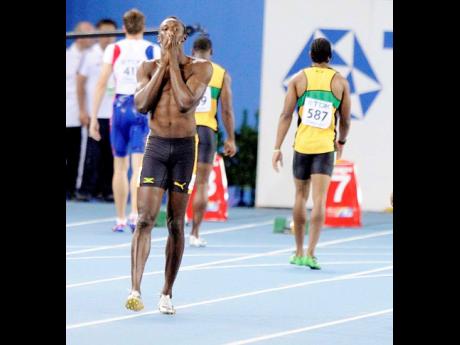 Usain Bolt reacts after he false-started in the men’s 100m final at the World Championships in 2011. 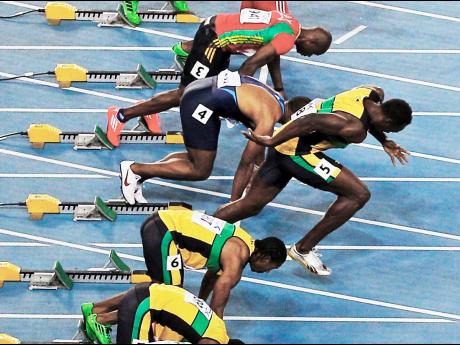 Usain Bolt (third from bottom), false-starts in the men’s 100-metre final at the World Athletics Championships in Daegu, South Korea.
1
2
3

Usain Bolt's false start and consequent disqualification in the final of the men's 100m at the Daegu World Championships in 2011 is considered the only blemish in the sprinting legend's career.

But the man who won three consecutive 100 and 200 metres Olympic titles believes that it was the easiest 100m field he had lined up in at a global championship.

Speaking with fellow Puma ambassador Colin Jackson on Instagram Live last week, Bolt said: "It was one of my easiest 100m (field). Yohan (Blake) was just coming on, Asafa (Powell) was injured."

The 100m field had indeed watered down as Powell, who had the fastest time in the world leading up to the Championship with his 9.78 seconds in Lausanne, withdrew from the championships with a groin injury, and Tyson Gay, who had landed Bolt his only defeat (in 2010) at the time since his exploits at the Beijing Games in 2008, was out with a hip injury.

Was out of action

Bolt had trouble with injuries that season also. He was out of action for almost the entire month of June and had only three 100m races under his belt before he showed up to the championships.

He recalled that his coach Glen Mills told him at the beginning of the season that he was on pace to run faster than his 9.58 seconds world record before he sustained the injury.

"When I started that year, I was having the best season. Coach said to me that I could get the world record before the World Championships if I continued. But I lost two months of training because of injury, and so I wanted to get a good start even though Coach was telling me to stop focusing on the start because I was never a good starter," he recounted.

It was the first global championships since World Athletics, then IAAF, introduced the no false-start rule.

Bolt pulled off his singlet immediately after the recall starter sounded the second gun to indicate that there was a false start and walked off the track, leaving the thousands who were in attendance in the South Korean city disappointed.

Blake claimed the title in 9.92 seconds, becoming the youngest man to win the title at 21 years, 245 days. American Walter Dix finished second in 10.08 while Kim Collins from St Kitts and Nevis won the bronze medal in 10.09 seconds.