- Crowne wants no sanctions for contamination 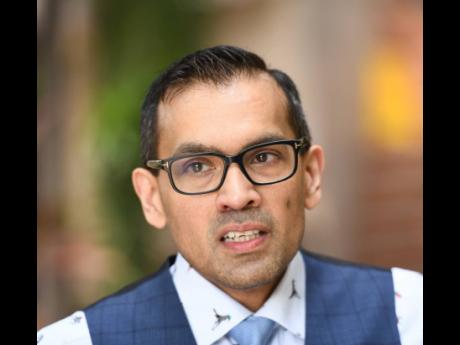 Sports Lawyer Dr Emir Crowne says that the World Anti Doping Agency (WADA) Code should be revised to issue no sanctions to athletes whose adverse findings are a result of contaminated products.

In Article 10.5.1.2 of the WADA Code, product contamination is addressed in relation to the reduction in sanctions for adverse findings of athletes based on there being "no significant fault or negligence" on their part. The code now gives athletes a reprimand if the athlete can establish that the adverse finding came from a contaminated substance. But Crowne says that no discipline is necessary for athletes if they are able to prove such a situation occurred.

"The code needs to be revised to recognise that in a contaminated-products case, there should be no sanctions. You don't receive a reprimand. You receive no sanction at all if the panel truly believes that the product was contaminated," he said.

Crowne referenced a previous case in which he represented Trinidadian beach volleyball player Fabien Whitfield, who tested positive for testosterone and at least one other steroid in 2016. Whitfield, in his defence, said that he was the victim of contaminated horse meat. Crowne said it would have been costly for Whitfield to have gotten such substances.

"His family was so poor that they couldn't afford beef, so they ate horse meat, like racetrack horses that were killed after their life span as a racehorse," he said. "They found a cocktail of seven steroids in his system. Do you know how expensive it would be if he was actually using steroids? That would be US$1,000 (around J$140,000) a month.

"Either he was secretly doing that or he ate contaminated horse meat because his family's only source of protein was dead racetrack horses."

In 2017, the Court of Arbitration for Sport upheld the four-year ban given to Whitfield by the Federation Internationale de Volleyball (FIVB), the sport's world governing body. Crowne says that this was unjust.

"It is materially unfair that in a situation like that, he gets a four-year ban for something like that, when you have state-run doping schemes getting away. And so I think more emphasis has to be placed on the idea that contamination occurs in the real world," he said.

Crowne said that substance testing is not equitable for athletes from developing countries.