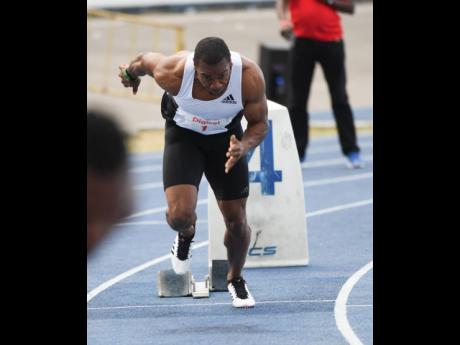 Yohan Blake explodes out of the blocks while competing in the mens 400m at the Camperdown Classics held at the National Stadium on Saturday, February 8, 2020. He finished third in his heat with a time of 48.24 seconds. 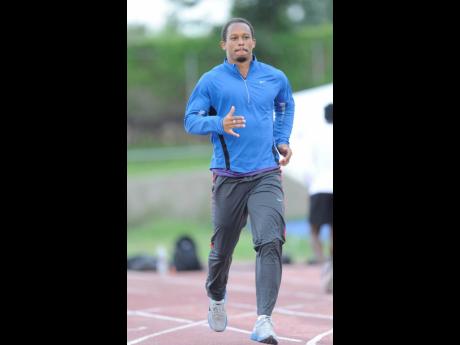 In a bid to improve on his start, 2011 world 100m champion Yohan Blake has employed the services of Olympian Michael Frater to be a part of his coaching staff.

Blake has been conditioned by Gregory Little since January 2019, after he parted ways with coach Patrick Dawson after his disappointing showing at the 2019 World Championships in Doha, Qatar, where he failed to win a medal in the 100m and 200m events.

Long-time manager Cubie Seegobin told STAR Sports that the addition of the vastly experienced Frater to the sprinter's coaching staff is a positive step for the former St Jago High School standout.

"It is my understanding that Michael is working with him on his start, in general, and getting it to where it should be. It is a plus as far as I am concerned and a positive direction for him," he added.

Seegobin stated that Blake's preparations this season has been severely hampered by the delayed start of competition, which was caused by the COVID-19 pandemic, and therefore he was not at his best in both races.

The coronavirus pandemic have also forced the cancellation of this year's Tokyo Olympic Games, which has been rescheduled to next year.

"I don't know what is going to happen next year because he just only ran two races this year, the first one was 20.62 seconds and 10.07 seconds, wind-aided. This season was delayed ,and so we just have to see how this season goes first, because it seems like he is a little rusty from these races," Seegobin said.

"I think he is heading in the right direction because normally at this time of the year, we would have normally run the National Championships, and so it is like the season is starting now because they lost so much in-between," he said.

Frater is one of Jamaica's most successful sprinters. He won a silver medal in the men's 100m at the 2005 World Championships Helsinki, Finland, and was also a key member of the gold medal-winning 4x100m relay teams at the 2012 Olympic Games, as well as the 2009 and 2011 World Championships.