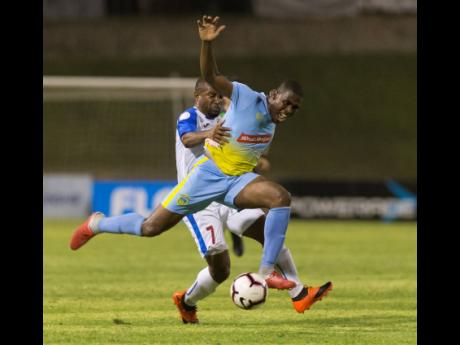 As Concacaf targets a resumption of the Caribbean Club Championship this year, Waterhouse FC President Donovan White says hopes that an approval of health protocols for local football's return can offer a pathway towards the safe resumption of the campaign.

The regional football governing body announced in a press release on Friday that it plans to resume club competitions that have been suspended since March because of the coronavirus pandemic. Among the tournaments that are pushing for a restart is the 2020 FLOW Caribbean Champions Cup, of which Waterhouse is a semi-finalist.

The tournament was scheduled to conclude in the Dominican Republic in May but those plans were suspended because of the outbreak of the virus in the region. Concacaf said in the release that they were targeting finishing the competition in late September in the same country, with a final decision expected by the end of August.

"Concacaf is working with the four clubs participating in the final stage, the Dominican Football League and the Dominican Republic Football Federation, to determine if the competition can be resumed towards the end of September," the release said.

White says before they can determine how the restart could happen, local football's return has to be finalised.

"We haven't even started our preseason preparations yet," White told STAR Sports. "We still have to figure out our own local protocols for football to restart to begin preparations, and then begin to understand how we prepare a team, travel [to Dominican Republic] and come back, and continue to perform knowing that the virus is of such that it is a moving target."

The group stages of the competition were completed successfully in Jamaica, as Waterhouse advanced to the final four of the competition, along with Dominican Republic clubs Cibao, Athletico Pantoja, and Haitian club Arcahaie.

White says that his team's ability to complete the tournament will hinge on ensuring the club's safety.

"Those kind of details are yet to be understood and worked out. I believe we do have a meeting scheduled with Concacaf in the next week or so to have a more detailed discussion around what they have put forward as the preliminary recommendations," he said.

If a restart is approved by the August deadline, Waterhouse are expected to face Arcahaie in the semi-finals. The winner of the tournament will qualify for the 2021 Concacaf Champions League.