Lowe off to Egypt 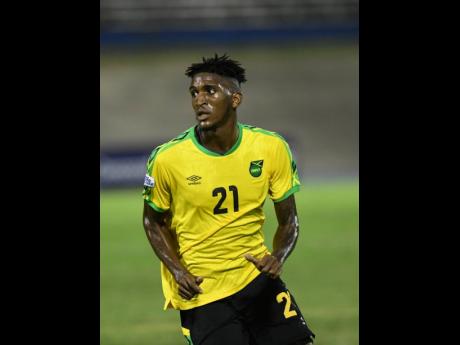 National defender Damion Lowe will be taking his footballing talents to Egypt for the foreseeable future. The 27-year-old centre back has signed a two-year deal with Al-Ittihad of the Egyptian Premier League.

The announcement was made Saturday on the club's official website, which showed pictures of Lowe arriving in Alexandria, Egypt, and also participating in his first training session.

Lowe had previously signed a pre-contract agreement with Qatari club Al Markhiya, where he was expected to join the club in January, but a clause in the agreement did permit him to opt out of the contract if another opportunity presented itself.

In an interview with 876StreamJA on November 26, he confirmed that he has exercised the clause in the pre-contract, paving the way for his move to join the six-time Egyptian Cup champions. In an Instagram post on Saturday, Lowe said that he is excited at the new opportunity.

"Happy to join such a historic club. Excited about this new experience and will work hard to be a success," he said.

Lowe will be under the tutelage of head coach Hossam Hassan, former Egyptian international striker and the country's all-time leading goalscorer. On the club's website, Hassan was complimentary of Lowe's "technical and physical capabilities" and said that he will be a great addition to the team's defensive line.

Since leaving Norwegian club Ik Start in May, he has not played competitive football until September, when he signed with United Soccer League (USL) championship club Phoenix Rising FC. He made five appearances for the club during his brief spell, but helped them to capture the Western Conference Championship. Phoenix Rising were scheduled to play in the final against the Tampa Bay Rowdies earlier this month, but multiple COVID 19 cases among their opponents, the Tampa Bay Rowdies, caused the final to be cancelled and the season concluded without a champion. Lowe recently captained the Reggae Boyz in the two-game international friendly series against Saudi Arabia.

The2020-21 Egyptian Premier League campaign is scheduled to begin on December 11, but Lowe could make his club debut in the Egypt Cup semi-final against Al Ahly tomorrow.