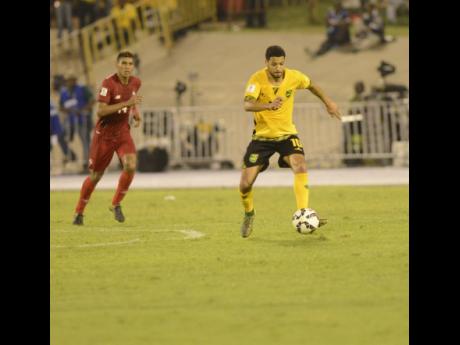 Former national midfielder Jobi McAnuff is still managing to display consistent performances in spite of being in the twilight of his footballing career.

The 39-year-old player, who plays in the English fourth-tier with Leyton Orient, was named their club player of the month for December. The club captain was given the recognition specifically for his performance in their 2-0 win over Southend United on December 29, where he scored his second goal of the season from a brilliant free-kick. He also provided the assist for their second goal by Conor Wilkinson, who made the points safe for the Orient.

McAnuff, who signed a one-year extension with the club in July after arriving in 2019, is in a player/coach role which he is still continuing. He had an injury-riddled campaign the previous season, only managing to make one appearance for the club before the suspension and subsequent end of the English League Two season because of the coronavirus pandemic.

Upon signing his extension last July, the former Reggae Boyz said that his injuries were behind him and he was ready to hit the ground running for the season.

McAnuff had 32 appearances during his 14-year career with the senior national squad, making 32 appearances and scored once during their run to the Gold Cup final in 2015.

Leyton Orient are currently in ninth place with 33 points, one point adrift from the playoff places after 22 games played. Their hunt for promotion to League One continues this Saturday when they host league-leading Carlisle.