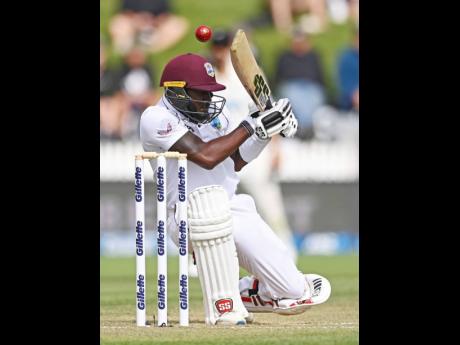 West Indies’s Jermaine Blackwood has the ball fly over his head while batting against New Zealand during play on day three of their first cricket test in Hamilton, New Zealand, Saturday, December 5, 2020. 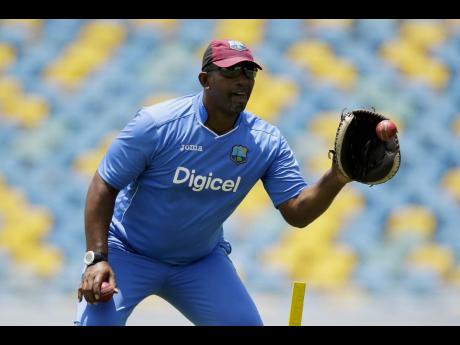 West Indies head coach Phil Simmons believes the challenging conditions for the two-Test series next month will be an important test of players' mettle as much as their skill.

The Caribbean side take on Bangladesh in matches in the coastal south-eastern city and in the country's capital, Dhaka, in conditions expected to favour the hosts' spin attack.

And with the series also being played amid the ongoing global COVID-19 pandemic, Simmons said players would definitely benefit from the overall experience.

"To each player it will mean a lot," Simmons said ahead of the series set to bowl off on February 3.

"Playing in these conditions, playing in the environment we're in and everything, you have to be strong.

The Test squad, like the One-Day International unit, is missing several players following the decision by several first-teamers to decline selection for the tour due to COVID-19 concerns.

Captain Jason Holder, along with Darren Bravo, Shamarh Brooks, Roston Chase and Shimron Hetmyer, are all missing while wicketkeeper Shane Dowrich also opted out of the tour for personal reasons.

A four-day tour match has been scheduled to start next Thursday and Simmons said this would be used to assess players' state of readiness.

"They've been working hard. Except the five with the ODI team, the other 10 have been working really hard on their game so it will be good to see them in the practice game and see where they're at," he noted.

"There are a few new guys here [so] we're going to have a few more caps also so let's see who takes up the challenge and who comes out best in the two Test matches here."

West Indies, who is being led by seasoned opener Kraigg Brathwaite, face Bangladesh in the second Test starting February 11.