Chong to face Dunbeholden on Saturday 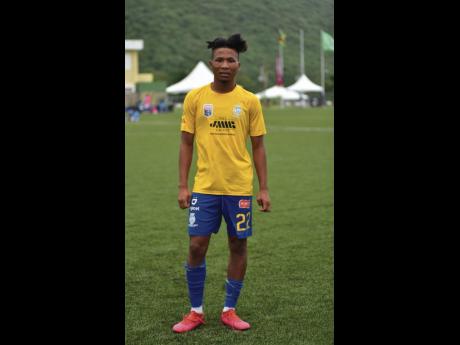 Chong scored and provided an assist to help his team secure a comfortable 2-0 victory over Mount Pleasant before he received the injury in the second half of the game. He was examined at the match venue (Stadium East) and given a couple of painkillers after the medical technicians saw that his jaw was not broken and that it was just a minor injury.

His face was swollen for a couple of days but Chong is now okay and ready to help his teammates win their next match against Dunbeholden on Saturday.

He says he does not know why McCalla hit him but his opponents appeared to want him out of the match early as he was the recipient of many hard tackles from the first whistle.

The incident is now firmly behind the young forward and he says he bears no ill-will against his opponent. However, he believes the referee was too lenient, when he only gave McCalla a caution.

"I think it could have been a red card because I was hit in the face," Chong told STAR Sports.

The 20-year-old, who is now on everyone's radar, is believed to have a bright future in football and is a big favourite of the Harbour View supporters.