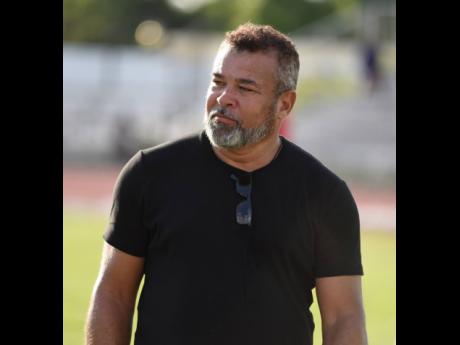 Although focused on long-term development for his Mona High players, head coach Craig Butler says that the short-term results have been indicative of how they have performed so far in the 2021 Manning Cup season.

Mona, who are currently in second place in Group C with seven points, will face Clan Carthy High School today at 3 p.m at the Ashenheim Stadium hoping to take one step closer towards qualification for the second round.

While more focused on how they continue to grow technically, Butler has been impressed with the way his team has found different ways to adapt in getting results, with their 1-0 win over Wolmer's Boys on Tuesday being a prime example.

"We showed a lot of grit. We are normally a technical team, very skilled team and usually do not play the physical (game) but because of what we had to do in terms of goal scoring, we had difficulty," Butler told STAR Sports. "And so we decided to put in a lot of effort and work into finishing and also creating the opportunities and playing pressing the game."

Mona are currently two points adrift of leaders Kingston College who have nine points but have played a game more compared to the other teams meaning that a win would see them have to wait a few more days to confirm whether they have enough points to go through. But Butler is pleased with the position they are in currently and the ambition being shown.

"We are playing for the first time with the mentality of wanting to win the tournament and believing that we can win," Butler said. "We are playing against schools that have been doing this day in day out. What we wanted to do is build on our strengths, the speed, the skill and the coachability of our players so that they can adapt quickly. I'm happy with where we are. We just need to win this game."

Leaders Kingston College will face Papine High at noon at Stadium East in the first game of a double-header. St Catherine High face Wolmer's Boys in the second game at 3 p.m.