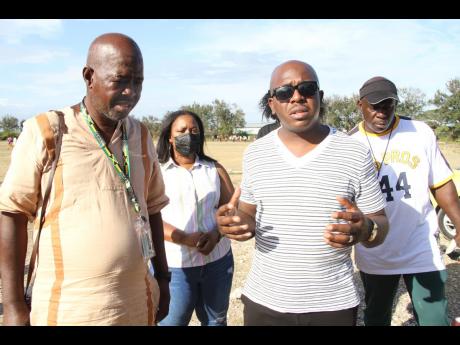 Clarendon South East Member of Parliament Pearnel Charles Jr (right, foreground) in discussion with Lionel Town Sports Academy founder David Dixon in the presence of community leaders Donna Dobson (second left) and Lincoln Turner during a football match. The game, part of a peace initiative in the community, was played at Pawsey Park in Lionel Town, Clarendon, on Saturday. 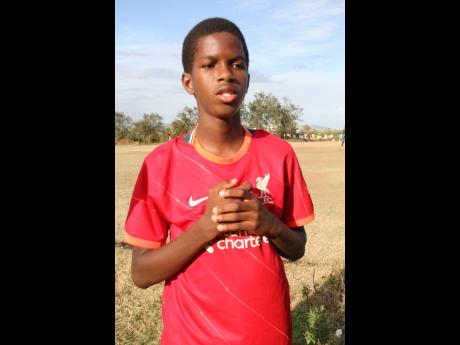 Denbigh High School student Alexander Dixon, 14, is one of the footballers who took part in the day’s activities. 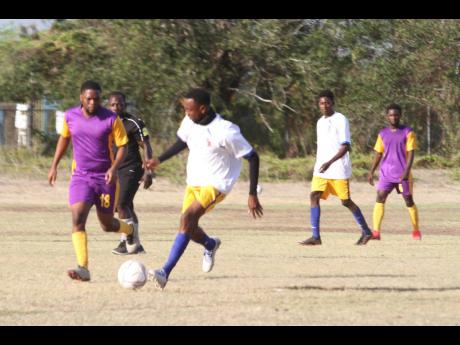 A sports programme in Lionel Town is expected to quell crime in the south-eastern Clarendon community. That is what stakeholders who have dubbed the project a crime- intervention initiative say.

Clarendon South Eastern Member of Parliament Pearnel Charles Jr was present at Pawsey Park to watch the first football match in the series, which features players from outside the parish, on Saturday. He is confident that the project will unearth many benefits for the community, especially the youth.

"This is a community that has suffered from violence and is suffering from crime, and so we want to use sports as a mechanism to transform this community and to give the youngsters something to do that is going to be constructive and useful to them in the future," Charles told THE WEEKEND STAR. "We are going to create opportunities for youngsters to go to England, and Australia, and to express themselves as top-class footballers."

The project is being coordinated by Justice of the Peace David Dixon, owner of the Lionel Town Sports Academy (LTSA). Speaking of his decision to start the project, he said, "We have to change how we do things. We have to look outside the box to try and get solutions to the problems that exist. A lot of these guys would have headed the other way, and with the help of Pearnel Charles Jr, I know that this will have even a bigger success."

Lamenting the recent shooting death of a former player in the community, Dixon said, "He was coming to training and he threw his boots over the fence (decided to stop playing). If him only did just say, 'Bwoy, yuh know me a go just play me football,' he'd be alive today. So you can see the importance of a project like this. We have to give them something to do."

Fifteen-year-old footballer Alexander Dixon recently returned from a tour of Panama with LTSA, where he showcased his football prowess, having copped the opportunity through the Lionel Town Sports Academy. He is eager to be a part of the project.

Charles also promised the addition of other sporting disciplines in the future, as well as the development of the Bustamante High School, located in the community.