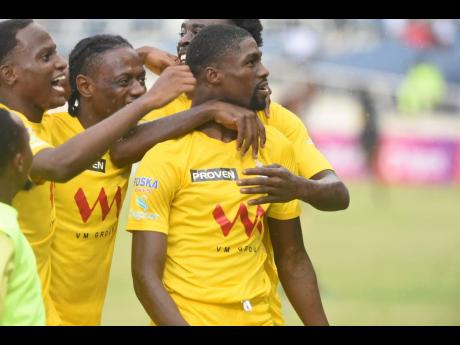 HARBOUR VIEW FC are already looking for the next batch of young and talented players, with the reigning Jamaica Premier League (JPL) champions arranging a one-day tryout for hopefuls seeking to kick-start professional football careers.

According to Clyde Jureidini, the club's general manager, the try-out, set for Thursday from 3-5 p.m. at The Compound, ties in perfectly with the first JPL transfer window.

"For the next two or three weeks we won't be here, so by the time we get back the transfer window will be about to be closed in early September, so we have all those logistics that we have to look at and make decisions on and fit out our squad for the next JPL season," the general manager explained.

Those two or three weeks Jureidini speaks to mark a very busy pre-season for the defending champions.

"What we are doing is that next week we travel to North America to start a two-game international tour against the Hartford Connecticut team, the Antigua JFC based in Guatemala, on August 26. So we are preparing to get into training for that game and then the game in Brooklyn against the Caribbean All-Stars on September 3," said Jureidini.

In addition to the busy pre-season, Harbour View also have five players in the Reggae Boyz squad for the August 20- 26 Austria mini-tournament involving Morocco, Ghana and Qatar.

The tryout, Jureidini says, will also help build the depth of a team Jureidini already feels is quite deep but which, with the club's youth focus, has to continue to be strengthened.

"We're looking deeper now towards our current Under-17 team that dominated the KSAFA tournament and our Under-16 team, who recently returned from their Trinidad and Tobago trip and did well. So we're looking internally and externally at the same time."