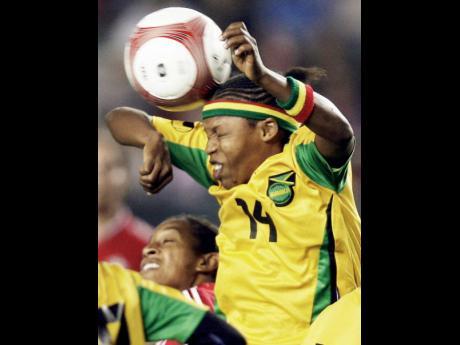 Former Reggae Girlz midfielder Hishamar Falconer is criticising the absence of a local women's league, which she believes is stifling opportunities for young Jamaican women footballers.

Falconer, who was recently inducted into the Lindsay Wilson College Hall of Fame, is a product of the once vibrant Sherwin Williams Women's Premier League, along with current national players Khadija Shaw and Trudy Carter.

Since Sherwin Williams pulled the plug on their 14-year sponsorship in 2014, however, only a few watered-down versions of the competition has been staged and none since 2018.

The Lindsay Wilson legend revealed that she gets regular enquiries from college coaches in the United States of America (USA) who are interested in Jamaican talent, but with no local competition, it is hard to make recommendations.

"To don't have a women's league in Jamaica is very sad. Everyone will not make the national team or get a life out of football, but it creates opportunities for girls," Falconer said.

"Scholarships are rampant now more than anything else. So if the girls are not playing they cannot even get exposed to a scholarship.

"So they are killing opportunities for girls who are coming from backgrounds like mine and need a way out. They are closing a lot of doors for those girls," she lamented.

She noted also that having no league limits opportunities for national selection and hampers the continued development of the players into their senior years as players.

"I don't know what the situation is but if I could give any pointers, I would tell them they have to have a women's league, even for two months. They need to give the local girls a chance. If there are no local programmes how are we going to find the next 'Bunny' (Shaw)," Falconer said.

"That is our bread-and-butter as women's footballers. You still have a schoolgirl league but you might only find two good players on one team and based on the quality of the school they might not even take any because they may not be up to standard for that programme.

"So schoolgirl league alone is not going to develop the players. When you stop playing school league, where are you going to continue developing your career? It will stop right there," she reasoned.

She pointed out that local boys have various competitions to aid their development from a very young, while the girls had only two avenues which have now been reduced to one. This has also resulted in most of the recent local players only getting scholarships to junior colleges because they are not fully developed.

She believes more of the current senior national players should be advocating for a swift return of the local women's league.

"The local girls on the national team, I am expecting them to voice their opinion about getting a league in Jamaica. Even the overseas-based regulars need to help voice that opinion because they all have leagues in their country that they can play and benefit from, so advocate for Jamaican local girls.

"If we do not have a league how are these girls going to get exposed? So we need a league. There's no way we can play a World Cup back-to-back and there's no league in Jamaica," she said.

Ten teams are down to contest the competition, which is to run for six months.