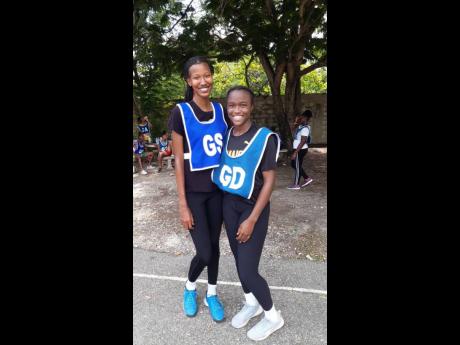 Former champions Gaynstead and St Catherine High topped their group and advanced to next Friday's semifinals, after winning five consecutive matches in the second round of the ISSA Urban Under-19 schoolgirl netball competition.

On Wednesday, the Dalton Hinds-coached Gaynstead, ended their fixture with a big 57-6 win over Tivoli to top Group One with 15 points, while joining them from the group will be St Hugh's, who turned back Camperdown 39-10, to finish second.

After winning the Open Rally at the start of the season, the St John's Road-based St Catherine made their intentions of wanting more success clear on Wednesday, by securing another big win in their final round match.

St Catherine defeated Campion 45-20 with Jose Marti also advancing from Group Two after they walloped former champions, Norman Manley, 46-6 to finish the group in second position. This is the first time Jose Marti have qualified for the semifinals.

In other results Wednesday, The Queen's School edged Ardenne 20-18 and Mona overcame Tarrant 30-29.

The semifinals on Friday will be played at Leila Robinson Courts with Gaynstead going up against Jose Marti before St Catherine take on St Hugh's.

Also on Friday, the finalists in the Under-16 competition will be decided, as St Hugh's battle with St Andrew Technical High School (STATHS) and Norman Manley face Immaculate.

St Hugh's topped Group One after stopping Jose Marti 27-21 in their final second-round encounter on Wednesday, while Norman Manley came out on top in Group Two, after defeating Mona 34-22.

In the semifinals, St Hugh's will go up against Immaculate while Norman Manley will take on STATHS.