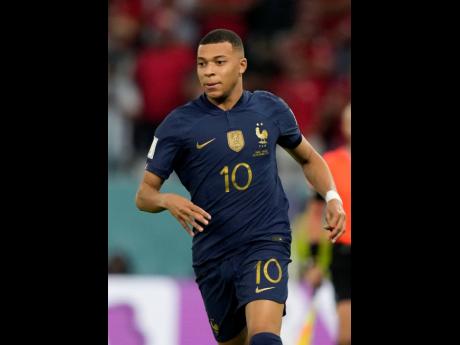 Football analyst Clyde Jureidini has given the thumbs up to Kylian Mbappe of France and Portuguese midfield maestro Bruno Fernandes, even though he is waiting to anoint teams and players who produce consistent quality at the 2022 World Cup.

"I don't think Cristiano Ronaldo has performed at all. He has been very lucky. Messi hasn't performed in the first game, but he turned up at the big moment in the second game. Mbappe is on fire and continues to lead the lines of superstars, I think, at the moment in terms of high-level performances," Juredini commented after both teams had secured spots in the knockout round.

Mbappe now has three goals in the tournament, after a strike against Australia in a 4-1 victory over Australia on November 22, and two more when France beat Denmark 2-1 on Saturday.

Fernandes scored both goals on November 28 when Portugal moved past Uruguay 2-0.

"We're getting the Manchester United maestro scoring twice to relieve Portugal," Jureidini said praising, "and to eclipse the shadow of a dimming light of Ronaldo, who even acted as if he scored the goal when he wasn't really the creative source. It really was the creative genius of Portugal, and himself and Silva are really in there, running the show for Portugal, and Ronaldo is gaining from their performances."

Ronaldo scored from the penalty spot in a Group H encounter. Portugal won 3-2 over Ghana but Juredini doesn't think the 37-year-old superstar has been playing well.

"His awareness and experience and his super talent get him into positions," the Harbour View stalwart noted, "but you're seeing more and more where, even that feed that he missed and claimed the first goal, he wouldn't have missed that before."

The reference was to a goal initially celebrated by Ronaldo but credited to Fernandes.

Like Ronaldo, Lionel Messi scored a penalty in an Argentina loss against Saudia Arabia before helping them to top Mexico 2-0 with a 64th-minute goal.

Jureidini feels the upsets suffered by Argentina and Germany constitute a warning to the game's traditional powerhouses.

Up 1-0 against a feisty Japan, Germany took master midfielder Ilkay Gundogan off early, only to have Japan come back to win 2-1. The usually redoubtable Germans then drew 1-1 with Spain while Japan lost 1-0 to Costa Rica.

"For Germany, the biggest lifeline they got was when Japan lost to Costa Rica, a Concacaf team. It is really that result, more than their 1-1 response draw with any two results, that has made the difference and given them a lifeline.

"Now, should Costa Rica turn up and play again and Japan, who for some strange reason didn't play five of their players from the first game as if they took Costa Rica lightly, comes back and turns up in the end game, then you're going to have more turmoil," Juredini postulated.

"I haven't really seen any country that has really come up with two big performances back to back," he concluded.