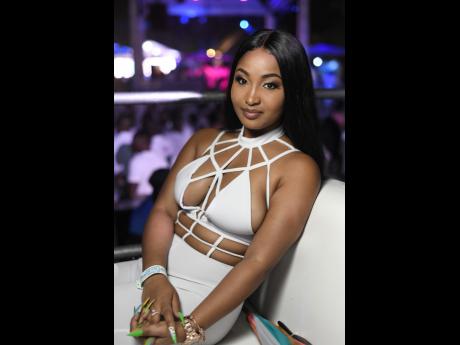 If the title of a song is any inclination to its reach and performance, Shenseea's Blessed is living up to its name.
The Rvssian-produced track was featured on this week's episode of VH1's Girls Cruise, which stars American rapper Lil' Kim, songstress Mya and Chilli from TLC.
Though rapper Tyga contributes to the hip-hop laced record, it is the vocals of the Sheng Yeng boss that is heard in a scene where Mya is working out at the gym of the luxury 13-bedroom yacht.
Girls Cruise follows Lil' Kim and some of her closest friends as they set sail on the Caribbean Sea for 10 days, making stops at places like Rihanna's old neighbourhood in Barbados and carnival in Trinidad and Tobago.
Blessed is not only doing the rounds on television but also online, with Shenseea giving an exclusive rendition of the song this week on music platform Genius.
Substituting Tyga's verse, the singer showed her versatility by dropping some new lyrics - rap style - on the track.
The music video has reaped more than 17 million views on YouTube since its premiere in May, making it her second most viewed video behind her breakout single, Loodi, which features Vybz Kartel and clocks close to 25 million views.