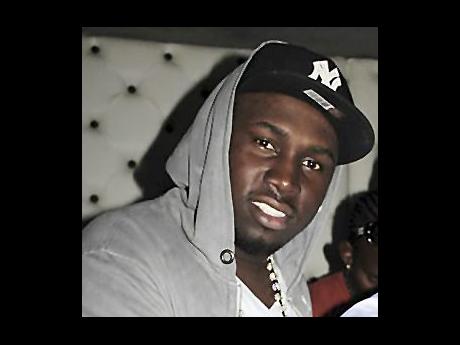 Deeply concerned for his health, Kerry-Ann Townsend is pleading with the public to call Florida governor Ron DeSantis, to demand the release of her diabetic brother, Oneil ‘Foota Hype’ Thomas.

Her petitioning plea demands the release of all other detainees with serious medical conditions, with delayed hearings, who are low risk (no aggravated felonies) and who have consented to being deported, and still lay in wait.

“I don’t want this to be about if you like Foota Hype, or you don’t. Just think of him as one of your own. He’s Jamaica’s child. He’s somebody’s father. He didn’t commit a crime. At the same time, with what’s going on with him because of his health, it’s really scary for us,” she told THE STAR.

After being detained in an immigration facility for the past few months, Foota’s nutrition has become a major concern. Townsend arranged a conference call with the selector, and he explained his situation.

“My problem is dying of hunger. My diet is different and they cannot maintain feeding me. If I don’t eat, my sugar drops too low, and I am close to the state of a coma. Then when I do eat what they have here, it takes my sugar up through the roof. They only have snacks and stuff like that. I don’t eat rice, meat. I don’t drink coffee. All of that is what they have,” he said.

There is also a high-risk of contracting the COVID-19 disease.

“In this pandemic, to be kept in a facility that houses thousands of prisoners, and workers who go home and come back every day … I’m liable to catch this pandemic disease more than anybody else,” he added.

According to Townsend, precautions against spreading the virus are lacking at the facility.

“They’re still arresting people, bringing them in. People can be asymptomatic and pass it on to other inmates or detainees. Nobody knows what’s going on and there’s no form of precautions being taken. He was at a place where there was no water for hours, a week or two ago,” she said.

She expressed that her cry for help is not about getting a rescheduled court date.

“It’s more about is my brother going to get out of this alive? That’s what the scary thing is for me and all of his family, friends and followers,” she said.

She continued: “What I need help with from our Jamaican people, I need the assistance with people calling the governor in Florida, so we can make some noise about releasing not just him. There are other people in these facilities too in there, and they just don’t have a voice and don’t know the right people to reach out to. Don’t make this about if you like Foota Hype or you don’t.”