Being single is not a bad thing 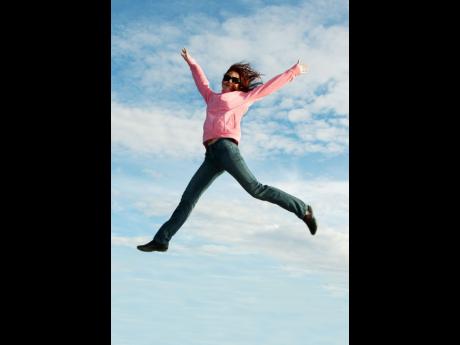 Some of my friends and I were having a conversation, and we realised that there are a few of us who have been single for a few years. The interesting thing is that no one was looking at dating or even making any plans to change their relationship status any time soon. The truth is, they were all pretty happy with their lives, and being single has actually become easier than being in a relationship.

I recently saw a post on Instagram that indicated that being single for too long can make it hard for a person to get into a relationship. I looked at the points and realised that there is some merit to the idea and that after a while, being single can become the comfort zone, which can make it harder to share time and space with someone on an intimate level.

There are so many of us who have not been in an intimate relationship in at least three years, and we have developed a great routine with our lives, from work to home life, even social events we have developed a level of independence that makes the idea of bringing in someone new almost impossible. There are other single people who love their independence, and the thought of being in a relationship is so remote that they have not shown any interest in dating or even meeting new people who they can possibly connect with.

Once upon a time, being single was considered a curse, and most of us would do anything to be in some kind of relationship sometimes at the cost of our overall happiness. Some of us did whatever we could to avoid being alone, even online dating.

Now, being single is not as difficult as it used to be, and some persons are choosing to be single, especially after years of unhappy relationships. The truth is, in this modern age that we live in, it's not hard to be single and not be lonely. Some of us have found so many ways to keep our lives full that as the time passes, a relationship can seem like a lot of work.

Dating someone who has been single for a long time can also be challenging because it's not easy for them to step outside their comfort zone and actually let someone share the space that they have created for themselves. For some long-term singles, opening up to a new relationship is not as easy as going on a date, it's a big risk that not all of them are willing to take because of past experiences. The trick is to keep an open mind, not place too much pressure on every single date, and take each conversation, connection, meeting one at a time.

Even though as single people we find ways to occupy our lives, so many of us are open to actually being in a great relationship. The fact is, with so many relationships ending badly, it's not easy to open oneself up to being hurt, and so, it can seem safer to just be single. As we approach the silly season, it's a great time to step out and meet some new people. Who knows? It could be the start of a beautiful, happy relationship.