We should hug our sons too 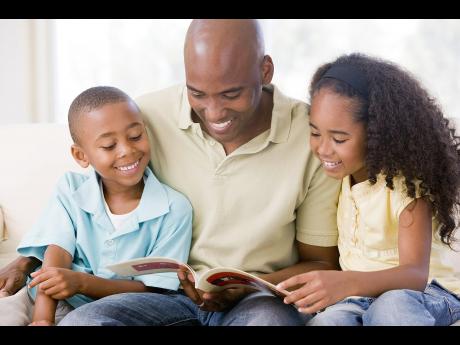 You would have to be in a coma over the last few weeks to have missed the meteoric rise of Jamaican singer Dalton Harris as he competes on the talent show 'X Factor' currently taking place in the UK.

Dalton was the 2013 winner of the Digicel Rising Stars competition, and he has definitely honed his talent to now become a finalist in 'X Factor' and is favoured to win the whole thing. Of course, Jamaicans at home and abroad are cheering him on and sharing the videos of all his amazing performances on social media.

That was until a photo surfaced with Dalton sitting on the leg of one of the other contestants, Brandon Murray, and then the homophobic comments flooded in. Dalton eventually responded to his critics and went on to make it into the finals of the show, seemingly unfazed by these comments.

Looking at the way this whole ordeal played out, it was very apparent to me that there is a real issue with the way we raise our sons and how it affects the men they become. We live in a world where we are uncomfortable with male closeness and affection. In our culture, men are basically only allowed to express anger and aggression because we associate soft emotions and expressions with sexual advances.

Unfortunately, we make it difficult for boys to express hurt from an early age, and they are taught that being tough is what being a man is all about. This formula obviously doesn't work, so let's do something different. Let's hug them, love on them, show boys that it's OK to express the full spectrum of emotions even the softer ones. As women, we cannot continue to complain about insensitive men while we perpetuate the behaviours that support these negative stereotypes.

November 25 is the International Day for the Elimination of Violence against Women and the first of 16 days of advocacy that will see various events and programmes that will bring awareness to this prevalent issue.

Unfortunately, there are some things that we do culturally that foster an environment where violence can increase. And for so many women, that can mean the difference between life and death. Show your sons that love does not always include sex and that there is such a thing as a platonic relationship.

On another note, let's continue to support Dalton, and I hope to see him win it all on the 'X Factor' UK.