Chivalry in the modern era 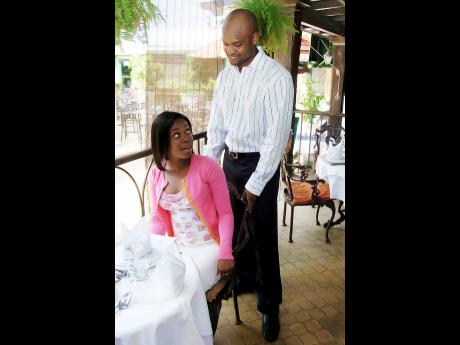 A gentleman always seats the lady.

I was recently sent a post on Instagram of a video with a man proudly opening the door for an attractive woman. She sauntered through the door and the man waited patiently for her to say thank you, but she kept on walking.

He then grabbed her elbow, dragged her back into the store from whence she came, closed the door and waited for her to open it herself. Of course, there was a myriad of comments that followed, mostly congratulating the man for correctly responding to the woman’s lack of gratitude for his clearly chivalrous act.

I saw the post from a different perspective. I think it’s great that he made the gesture, the part I had a problem with was his reaction to her ‘lack of gratitude’.

I thought he was out of place to put his hands on her and that he didn’t do the gesture because he wanted to, he was putting on a show. I think that being a decent person should not be about the reaction of others.

Chivalry started in the medieval times as a religious, moral and social code that knights, noblemen and horsemen followed. The code puts high value on courage, kindness and honour. The modern version of chivalry speaks to specific actions performed mostly by men towards women, especially if they are intimate. Some of these acts include opening doors, pulling out chairs, lifting heavy items, etc.

Now, when it comes to modern chivalry, I think it’s great if men do kind things, especially for the women that they are intimate with. There are conversations about the importance of chivalry in modern life and the fact that the independent woman does not respond to the way that is expected.

When it comes to gestures such as opening doors, helping someone with a bag, assisting someone with a disability, these are not actions that are expected of men to do for weak women any more. These are all gestures that all of us as human beings can do to just make our environment more civil and compassionate. These gestures shouldn’t be such a chore that the recipients of these acts are harassed because they don’t respond with the right amount of gratitude.

I have performed many of these acts on a daily basis, and it’s never about the reaction of the individuals that benefit – some say thank you, some people just keep walking. Neither of these reactions affects whether or not I continue to do them. I think that chivalry is a good thing, and our society can benefit from us being nicer to each other. So today, open someone’s door, pay them a compliment, help someone up some stairs, and do it just because you can. Have a great day!