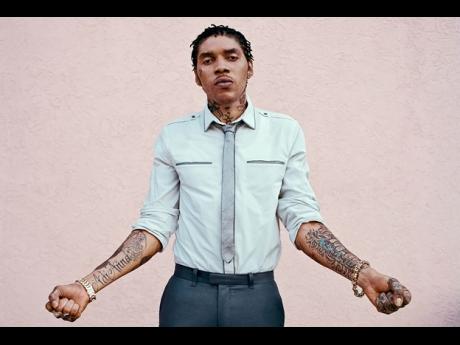 Yesterday we made our list of top 5 female lyricists in the business and today we think it is only fair to look at the males who are dominating lyrically.

This one was TOUGH! There are a number of male lyricists in the business so we have to do a part two of this list (look for it tomorrow).

Don't kill us, the list is in no particular order.

1. Vybz Kartel-  Isn't this a given? Vybz Kartel has a PhD in Literary Devices. Do you remember when he said, "still The Lyricist, vocabulary physicist, melody Michelangelo weh paint da graphic images, get a condom fi yuh ears because da tune yah shot like syphilis"? Enough said.

2. Bugle- Obviously one of the most underrated artiste in the business but one of the most potent in terms of lyrics. Though he may not have as large a catalogue as others, all his songs are a hit and his lyrics can stand the test of time.

3. Chronixx- This young star that is usually compared to Bob Marley is a lyrical genius. Since he rose to stardom with, Behind Curtain, he has set himself apart as one of the greatest lyricists of his time and even ahead of his time. He is definitely comparable to many dancehall hard-hitters.

4. Beenie Man- You cannot have a list without Beenie Man. Though he is famous for his great stage presence you cannot deny the lyrical substance in all of his songs. However light he may seem, the 'King of The Dancehall' is a lyrical heavyweight and is able to keep us with all of his contemporaries.

5. Agent Sasco- Rounding off our top 5 for today is the intelligent, lyrically conscious Agent Sasco also known as Assassin. He is a word smith and a strong social commentator. Sasco can bring entertainment to even the most serious issues with his creative use of words.

Do you agree with this list? Who would you add?