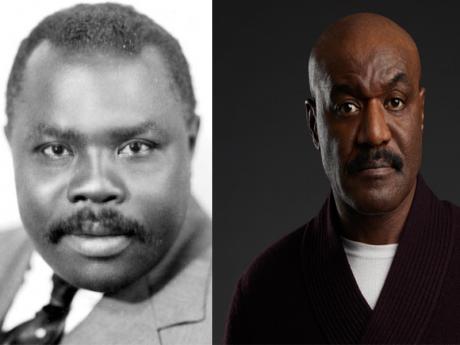 You may remember him from the films Malcolm X (1992), Gone in 60 Seconds, This Christmas and Romeo Must Die.

And after 2016 you will be able to add Marcus Garvey's biopic to the list of movies that Delroy Lindo has starred in.

Yes! The life and work of Jamaica's first national hero and renown black icon Marcus Garvey is set to be captured in a biopic in which popular British actor Delroy Lindo will star as Garvey.

It's quite fitting that Lindo, 63, was chosen to portray Garvey considering that he was born to Jamaican parents.

He was raised in Lewisham, England, United Kingdom until his teens when he and his mother, a nurse, moved to Toronto in Canada.

He later migrated to United States, where he attended acting school and has since made a name for himself as one of the most talented black actors in Hollywood.

Garvey's biopic comes as no surprise as he is well respected among black populations all over the world.