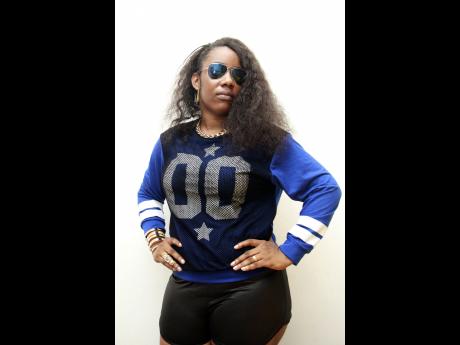 The single, voiced for RME Musiq and Time Unit Music on the energetic 'Off-Di-Press' rhythm, has propelled Deequeen's career in the direction she has yearned.

Born Shauna Powell, she told THE WEEKEND STAR she has long been waiting for her break. "Good Body Anthem has really opened up some doors for me to impact the dancehall space. it's doing well, locally and internationally, almost everybody playing it and the woman dem love the tune."

The rhythm also features vocals from Chi Ching Ching, Munga, Lisa Hyper and Flexxx, among others.

Deequeen, is no stranger to receiving good rotation on air after bursting on the scene in 2014 with Incomparable (Bills fi Pay).

She is also known for Me Alright, on the True Loyal Records imprint.

Her management team, led by 'Peppa Skull' is happy with the direction they are headed in.

"Our team been working all of 2015 before even that but the timing behind this single is right. It a keep us busy. Everybody want it on dub. all who never did a play her, a dis a di first song dem play for her."

Deequeen expects a big 2016. "Its not easy in a male-dominated industry but I have stuck to the task and steadily built a name that fans can associate with. Big up All DJs and selectors weh a play DeeQueen."