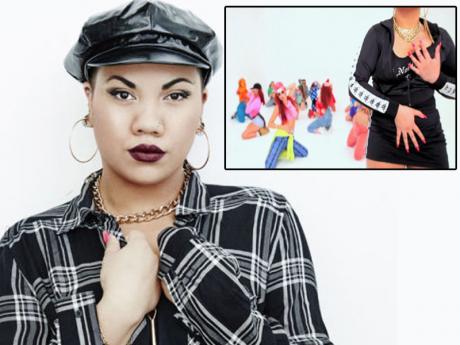 While fans all over the world have been loving Justin Beiber's new dancehall track "Sorry", some Jamaicans in the dancehall fraternity do not appreciate the track as a tribute to the dancehall genre.

Since the release of the official video which features a slew of dancehall moves and dancehall inspired fashion, the choreographer of "Sorry", 23-year-old Parris Goebel, has garnered international acclaim, for her stunning depiction of the dancehall culture.

But there are some Jamaicans who are not pleased with Goebel who they claim does not state clearly in interviews, that she has been influenced by Jamaicans and dancehall.

In one such interview with Rolling Stones, when asked the question: "Where do you get a lot of your movements from? Who are your inspirations?", Goebel responded:

Usually just the music ... I don't really like to anticipate or prepare things. For me, it's all about being impulsive with exactly how I feel at that moment, with the song or the people around me. I'm always inspired by the moment — the song, the people around me, the imagery in the room — it's all about that moment. That's how I get inspired the most

Many readers who commented beneath the article, bashed Goebel for her failure to mention dancehall in her response.

Last weekend, popular dancehall teacher Orville Hall tagged Goebel in an Instagram post, asking her if she is "really comfortable with taking someone else's culture n saying it's your creation?"

"90% of what you do in this video is dancehall and you know this...the steps were not even modified, they were used in their original form," Hall stated.

He also called on the dancehall fraternity to take a stand, claiming that "this woman is taking this thing too far."

Hall's comment was enough to infuriate his followers and members of the local dancehall fraternity, who immediately launched an attack against Goebel, who is a native of New Zealand.

"A nuh di first dem a teef from DANCEHALL but for them to have the audacity and go as low as to give it a different name is plain wrong!!! Disrespectful!!! Give credit where it's due....a time now fi Jamaica reap from dem big international community," one Instagram user stated.

Many dancehall followers also threw jabs at Goebel, tagging her in many of the comments they made.

Goebel, in an attempt to shield herself from the attacks, threatened to block some Instagram followers who left "negative comments".

"If you know me personally or have worked with me before you will know that I LOVE dancehall and have such a huge respect and passion for it. A lot of my routines before sorry have been inspired by dancehall," Goebel said in a Facebook post.

"A lot of my close friends are dancehall teachers and I took a lot of my year this year learning about it because I love it so much. So when this Justin Bieber opportunity came along I thought it would be perfect to showcase dancehall inspiration in a commercial video clip to bring more LIGHT to Dancehall. Unfortunately people are reading so deep and misunderstanding the whole situation and creation of this clip (video).

Just know I have the most respect and love for Dancehall and I am sad to think people think I am using and stealing which I am NOT. When I teach my classes or talk to people I always speak my inspiration for this style and culture. If you are still finding it hard to understand i don't know what else to say. Good luck. People are literally attacking and threatening me over this which it not fair at all. I know I have a good heart and good intention," Goebel's post said.

But some social media users don't see Goebel's comments as an apology, as they claim Goebel needs to state explicitly that her work was inspired by dancehall.

"We still dont see your Facebook Post has a any respect @parrisgoebel you need to address to the world more better after you STEAL our CULTURE," one Instagram user stated.