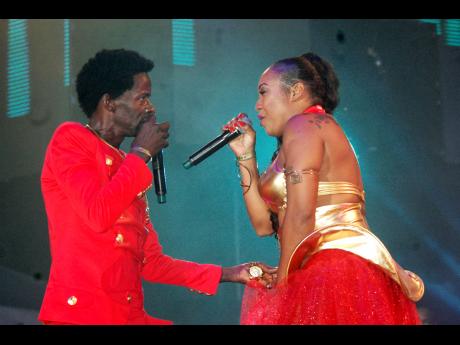 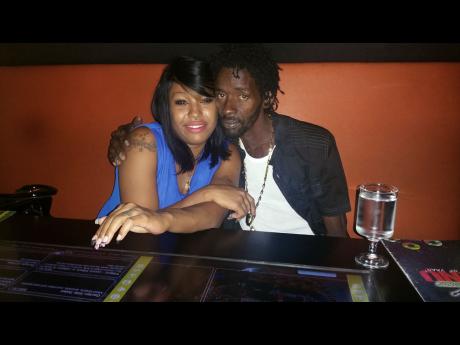 In a video posted to social media yesterday, Shauna Chin, who appeared to be trying to get away from Bop, alleges that he was trying to kill her.

However, Gully Bop followed up with several videos, in which his face appeared bloodied and battered, alleging that he was beaten by Chin.

"A Chin do this. Me deh a show and Chin have man inna me house. She wait till late and bring them in a me house. Me go the house, she hide behind the door, knock me out with a padlock, and buss up the whole a me head," he stated.

He also alleges that Chin has been scamming his money and that they have been separated for more than three months.

Chin, however, has staunchly denied these allegations, telling THE STAR that Bop has been physically abusing her for months, and that he has a drug problem.

"Bop is a liar. I am no longer his fiancEe. We done. Bop vex because me catch him a try take out the TV out of the house fi sell it. A di same thing him do wid the sound box. Me cudda never carry man inna the house weh me and Bop live inna. Me a nuh idiot. Gully Bop, how you fi bruk inna you own house and thief the things?" she stated.

She was also quick to deny that they have been separated for three months, stating that they were out about on Sunday night.

"Bop have a man a farin a boost him up fi diss me. Him all have woman a call me and disrespect me. She a tell me say she take me man and a she have him now. A long time Gully Bop a beat me up and me nuh tell nobody because me love him.

She added that his visa has been cancelled because of his attitude.

"Bop need fi face reality and stop be a hypocrite. Him a walk and owe people money and a dem a come to me bout it. I am 25 years old and Bop is 51.

"If me did want bad, me cudda bad. Him a beat me and me still stick with him because him a come from nothing to something," she said.

Though she has confirmed that they have parted ways, Chin says she would still be willing to give him a helping hand with his career if he so desires.

"He needs to go to rehab. He has a drug problem and he loves the drugs more than me. He needs to get his act together.

"Right now, I'm just focusing on me and my career because I have my seven-year-old son to take care of. I can't continue to live in his shadow, and make him beat and disadvantage me," Shauna Chin said.