Charly B exciting fans of reggae 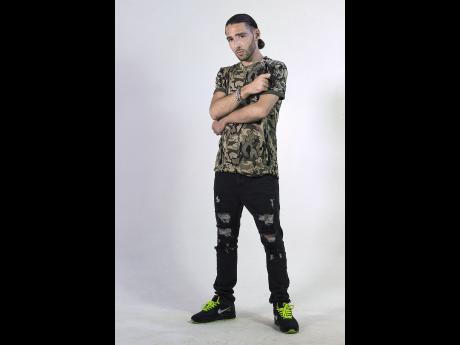 The years he spent studying reggae and immersing himself in Jamaican musical culture has begun to pay off for French reggae artiste Charly B.

The singer, born Charles Blanvillain, may be from France but his musical style is pure Jamaican.

Late last year he released his debut single Prophesies Untold, in Jamaica, which has created a buzz among audiences, but it was his live performances at the Urban Development Corporation's (UDC) fireworks show, last December, and at Rebel Salute that showed Charly B how audiences respond to his music.

"The downtown Kingston fireworks show was a great vibes. They never expected to see a white man step up on stage and give the fire, because me really step up with a vibe, and the Tower Band gave me a great vibe," he said.

"The culture shock is what really happened, the same thing at Rebel Salute, the people dem never expect fi hear a white man deejay like that with the Jamaican rhythm."

Charly B said he is finally reaping the

benefits of years of dedication.

"From me start work with TMMG, and release Prophesies Untold, a deh so the whole energy start."

To build on his early momentum, Charly B is set to release his second single, Eyes Dem Red. There are also plans to release a music video for the song.

Charly B's growing fan base can catch him on upcoming appearances at the Bob Marley Concert, February 7, at the Kingston Waterfront, the Hitch Tree reggae concert, in Savanna-la-Mar, March 18, and at this year's Kite Festival at Priory, St Ann, March 28.