Raped at 12, Kimola Brown-Lowe using music to battle for the Lord 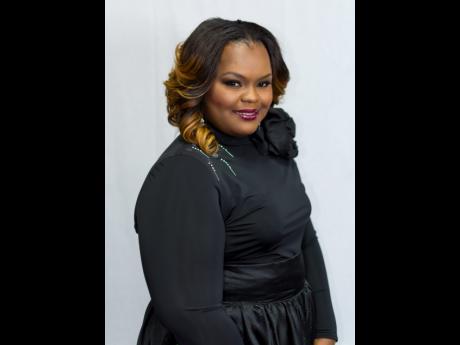 Contributed Kimola Brown-Lowe aims to make people's lives better through performance and ministry of the gospel.

As a lover of music and worship, Kimola Brown-Lowe aims to make people's lives better through performance and ministry. She preaches, she sings, she dances, all in an effort to win souls for the kingdom of God. Her decision to fully commit to Christianity came out of a personal, harrowing journey.

Brown-Lowe was baptised at the age of nine, a decision she made because everyone else was doing it.

"You had to go church every Sunday. You had to go Sunday school," she told THE WEEKEND STAR about her childhood years.

But embracing strong Christian values was never part of her reality.

Brown-Lowe had the knowledge and experience of the religion, but her commitment to God was frivolous.

While participating in her high school's choir, and consistently entering Jamaica Cultural Development Commission (JCDC) talent competitions, she suffered silently. As active as she was in the religious aspect of things, known as 'the Christian girl' among her classmates at Ocho Rios High School, Brown-Lowe led a secret life.

Brown-Lowe said she became involved with a taxi driver during her early high-school years.

"I ended up in a place thinking it was just to talk, but it was a situation where as soon as I got there, I realised I was in too deep," she told THE WEEKEND STAR.

She was raped by the taxi driver, an incident that catalyzed destructive behavior.

"I was a troubled child. I was always by myself, always writing, [but] I never really knew how to express myself," she said.

Brown-Lowe recalls having her first nervous breakdown on her way to school. She felt murderous, cracking under the pressure of her secrets and transgressions. She ran home, out of her mind and tried to assault her sister. Her sister convinced her to go to with her to see the pastor at church that day.

It was there, with the prayers of the pastor, that she found clarity.

"We prayed and I repented and confessed. And I was delivered from that murderous spirit," she said.

Continuing her journey to Christ, Brown-Lowe travelled to Canada in 2010, where she spent one and a half years working as a worship leader alongside her boyfriend and four other musicians.

"Things never worked out. The guy ran off and I was sick, crazy, mad outta mi head," she told THE WEEKEND STAR.

For six weeks, Brown-Lowe suffered through a second nervous breakdown, refusing to eat or bathe and opting to sleep on the floor. She found herself listening to the song Yet Still I Rise by Yolanda Adams.

"I remember one night, I got up and I just started singing [it]. It began to flow out of me. And deliverance took place again."

Music continued to flow out of her as she found herself in the supermarket repeatedly singing "Lift Him up! Lift Him up!" Realising that this was an original melody, Brown-Lowe wrote four complete verses in one day. It was then she decided it was time to come back home.

Since her return, Brown-Lowe has recorded her first album and married Dave Lowe. Last year, the couple attended a crusade at which Bishop Courtney McLean (Goddy Goddy) from Worship and Faith International Fellowship was the last speaker.

"[He] invited me to do a kind of tag-team preaching thing," she recalled.

It was there that people started realising that she could also preach. She was invited to deliver ministry at two other churches the following Sunday.

Even though she defines herself as a gospel artiste, Brown-Lowe's aim is simply to win souls for Christ.

"In my earlier days, I thought that I had to reach the masses to get the message out there, but I'm realising now that it's as I go. If I get one person to believe that Jesus loves them, that is major, major miracle," she said.