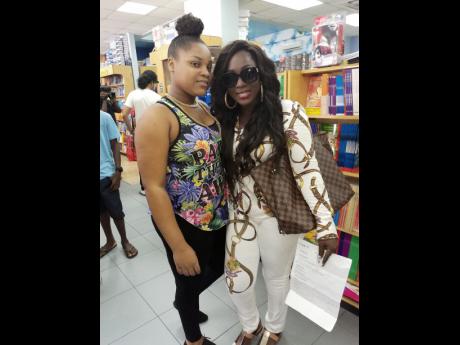 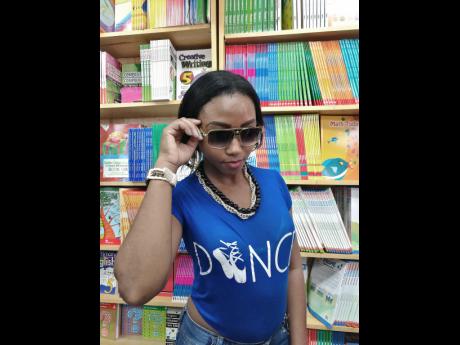 With the harsh economic climate that currently exists in Jamaica, many parents are finding it difficult to purchase much-needed back-to-school supplies for their children.

Spice having purchased schoolbooks for 10 of her young fans last evening at the Kingston Bookshop, told THE STAR that she knows first-hand how much of a burden it can be for parents during the back-to -school period.

The 10 lucky fans were selected via a social media competition hosted on Spice's Instagram page, where parents were required to remix any Spice song. Each contestant was required to re-create the song using lyrics which focused on education and schoolbooks.

The 10 winners were personally selected by Spice. "My mother was unable to provide certain things for me to go to school, and books were one of those things. I used to always have to use somebody's book at school. I know what it feels like to have to be in a class and you probably have homework [but] you don't have the books. Going to school without books is like a workman without tools," she said.

The top-flight deejay also wanted to show fans her appreciation for their support. "I have a lot of fans who may not be well off financially and I wanted the process to be a fun task - you know, remix the songs and get involved an educational way. However, when I received over 100 videos I was like wow, a lot of people are out there who are really in need of the support for the kids to go back to school, and it touched me. I originally wanted to do one winner, but I decided to round it off to 10," she said.

Melissa Mowatt, one of mothers selected in the 10, told THE STAR: "I was a previous contestant in Magnum Kings and Queens of dancehall and I have been deejaying from schooldays, so it was not a challenge for me because I know I could do it. I haven't done music since I had my first child and being in this competition has motivated me to do more music again. Thanks to the persons who liked my video, because you helped put me here," she said.

Another top 10 participant, Maya Lindsay, impressed Spice by performing a challenging song. "I did the Panda remix and Spice liked it because it was a unique choice, since most persons chose more popular songs. Overall, I am just grateful that Spice loved it and thanks to her for hosting the competition," she said.

Spice, who has two kids of her own, also promised to execute other charity initiatives in the future.