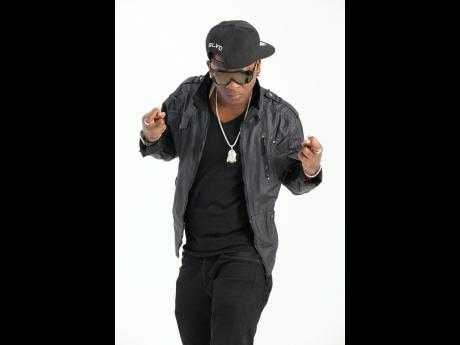 Following outrage from fans and social media users after a video emerged of him instructing a little girl to dance to his hit song 'Bike Back', Diamond-selling artiste Charly Black has admitted that he may have misjudged the appropriateness of the situation.

In the video posted to the entertainer's Instagram page, the female child, who appears to be no older than 10 years old, can be seen carrying out the instructions of the entertainer as he recited the lyrics to the intro of the popular song.

The little girl obediently does all that is asked of her before proceeding to 'twerk' to the first verse of the song, much to delight of the crowd.

THE STAR understands that the video was captured at the recent staging of the entertainer's annual back-to-school treat in his hometown of Trelawny.

Charly Black, who has daughters, admitted that the entire situation may have been inappropriate, and apologised for his lapse in judgement.

"As a father, I want to apologise to anybody out there that the video may have offended. Maybe the song was inappropriate, but the child wasn't dancing on nobody. She was at a children's treat enjoying herself. If you watch the video, as soon as I saw what the child was doing, I took her off stage," he said.

"Most of these people making bad comments about Charly Black, saying dem lose off a me. Most of these people just don't see nothing but negativity and want to come at people in the negative way. Charly Black keep two treat in my parish, gave away bags and books, pencils, etc, and let the kids come enjoy themselves. Nobody say no good about that. We also had live band performing but nobody said nothing good about these things. Two treats and all people take away from it is a little girl dancing," he added.

Charly Black also explained that entertainers are often handed the short end of the stick when it comes to being role models for children. He laments that as dancehall artistes, it is often believed that they are to be blamed for every 'adult-like' action displayed by children.

"We live in a dancehall world. I never teach her how to dance like that, and as I said, I didn't know she was going to behave that way. As soon as I saw that's how she was dancing, I took her off the stage," he said.

"Everyone commenting and saying that she's a child and she should not be dancing that way. I'm not saying that unuh wrong, but we can't be a hypocrite with these children nowadays. That is what she learn, and is not me teach her."

The entertainer told THE STAR that although the video wasn't meant to harm or offend anyone, he would be taking it down as a sign of good faith.

"I never thought that it would have come out this way, where people only see the negative. Once again, I apologise," Charly Black said.