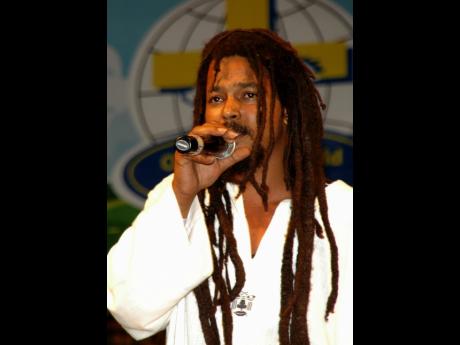 Yvad's 'Riverton' is a six-song EP that highlights the singer's greatest qualities and his considerable growth as an entertainer.

The EP, which was released on November 27, features Hungry Belly, No Chalice, Riverton, Just Waiting, and No Chalice Dub mix that gained some recognition at the Herb Festivals where he performed this year.

It also has the inspirational Tribute for Bob Marley and the Wailers.

All songs were engineered by Rohan Dwyer at his Groove Box Studio.

"I am very satisfied with the finished product," Yvad told THE WEEKEND STAR. "We have a bunch of top musicians on there. It's really good."

Yvad said that they are mulling releasing Just Waiting as the first single.

"It is one the strongest ones on the album. Most of the songs are pretty good but this one is definitely talking about my struggle in my career," he said. "There are a lot of people like me who have been through the same trials in the music business. Some people get it overnight, but, for me, the older I get, the better I become. If you listen to the EP and compare it to the other stuff, you will see the growth."

The singer is now busy promoting the EP. He and his handlers are also looking to tour Europe in 2018 to promote the EP overseas.