Ratigan cries for the nation 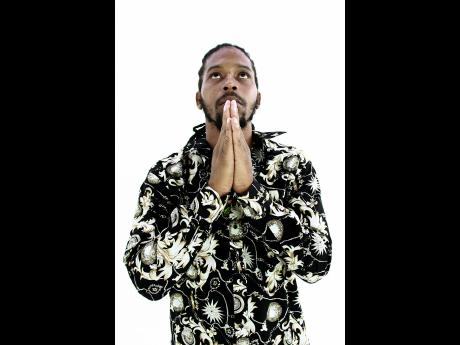 Cry for a Nation is dancehall artiste Ratigan's commentary on Jamaica's crime rate and his appeal for a change in the violent culture of Jamaica.

The Portmore native told THE STAR that the motivation to write the song came from him feeling the social responsibility as an artiste to lend his voice to the conversation about Jamaica's crime problem.

"It all affi do with di atmosphere, di current state that Jamaica in ... . We see this every day pon wi TV, somebody else get murder. Me feel like me affi speak out on it in a different perspective," he said.

Ratigan said the song hits home for him as he has lost persons close to him because of gang warfare and other acts of violence.

Ratigan said that he did not wish to put responsibility for fixing the problem on the leaders of the country, but on all Jamaicans.

"Sometime everybody always point fingers at politicians or bigga head,s and sometimes the problem deh right a wi foot; sometimes di problem ah we. If we waan se a change, we affi be di change," he said. "Music is very influential, yuh cyaan do wha everybody a do and a say wha everybody a say. Everybody a say murder or kill and yuh see whe di murder rate deh."

Ratigan said he is not casting blame on other artistes for choosing to do violent songs, but simply using the influence he has with music to send a different message.

He added that there should be a balance in the content which artistes are putting out.

"Even if yuh do raw hardcore music, yuh muss have a conscious side. Yuh cyaan just be negative so, yuh affi have a positive," he said.