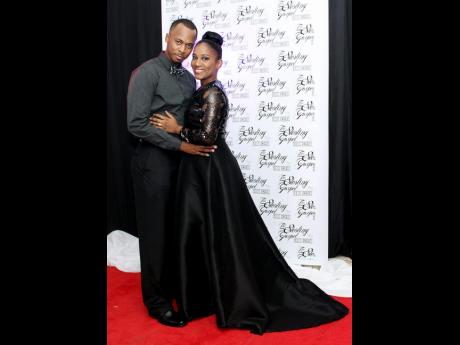 The second annual Sterling Gospel Music Awards, set for March 24 in the Grand Ballroom at the Golf View Hotel, Mandeville, is attracting international attention from both nominees and fans, according to the show's organisers.

Since voting opened on February 1, more than 10,000 fans from Canada, several states in Africa, the United States, England, and other countries have rushed to select their favourite acts, with international artistes such as Sinach (I Know Who I am), Todd Dulaney (Victory Belongs to Jesus), and Johnathan Nelson (I Believe) sharing and retweeting their respective nominations, exciting fans along the way.

"This is just too cool. [I am] among artistes that I absolutely respect and admire. Humbled to reach the world," Dulaney tweeted following his nomination.

Nelson, whose song, I Believe, is currently in heavy rotation on airwaves and in praise and worship sets across the island, tweeted, "Thank you for this honour!"

Conceptualised by NCU-FM broadcaster and well-known gospel event emcee Basillia Barnaby-Cuff, the event was created to recognise talent and reward excellence. She believes gospel music on the local scene has not received the recognition it deserves despite Jamaica having produced quality music and international acts.

The award show, according to Barnaby-Cuff, is unique in its execution, as it is the only inclusive show of its kind, highlighting and awarding engineers, personnel behind the scenes, producers, DJs, and gospel music artistes. She hopes to encourage the players within the genre to continue producing work not only from a business perspective, but from a biblical one as well.