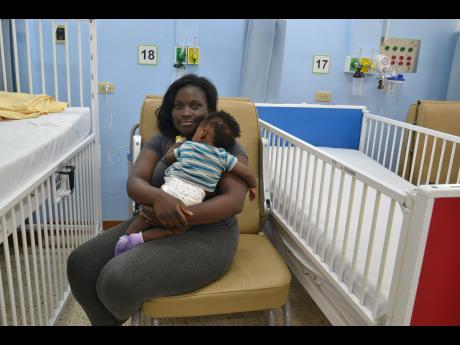 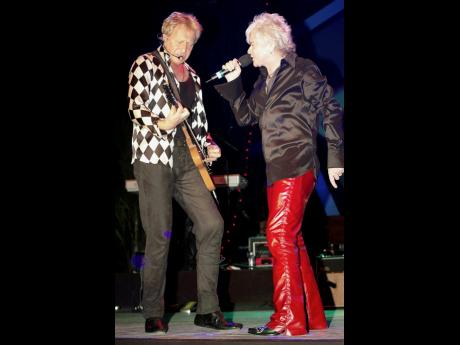 Graham Russell and Russell Hitchcock of Air Supply perform at the Jamaica Jazz and Blues Festival in Montego Bay, St James, in 2006. 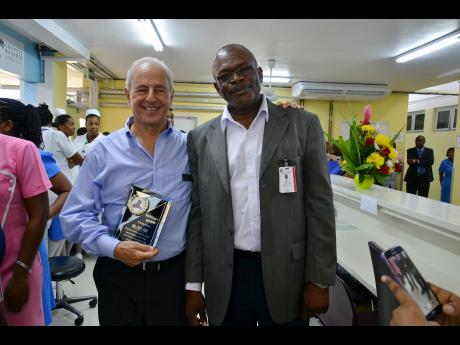 The $20 million that the Couples Resorts' charity arm, Issa Trust Foundation (ITF), raised at the Air Supply Benefit Concert last June at Couples Sans Souci Resort and Spa is part of the $34 million that the Trust spent refurbishing the paediatric ward at the St Ann's Bay Regional Hospital over the past six months.

The newly refurbished ward was officially opened by Health Minister Dr Christopher Tufton last Thursday in a ceremony that the minister underscored as the true Jamaican spirit of kindness.

The newly installed chairs that open as cots now allow mothers to spend time with their babies who have been admitted to the ward.

The paediatric ward at the hospital has a bed capacity of 50, 20 of which are for the Special Care Nursery.

The North East Regional Health Authority and the St Ann's Bay Regional Hospital have been benefitting from ITF donations since 2010.

Bathing in a sea of praise for ITF, from North East Regional Health Authority (NERHA) personnel and later from Tufton and others, ITF chairman Paul Issa refused to take all the credit, reading out a list of persons whose roles were critical in the project.

"We did not do it alone, I have a lot of people to thank," he pointed out. The list included Graham Russell and Russell Hitchcock of Air Supply, WISYNCO, Jamaica National, RJR/GLEANER Group, FLOW, CPJ, Rainforest, Select Brands, Fraser Fontaine and Kong, Dolphin Cove, Caribbean Airlines, patrons Sir Patrick and Lady Allen, NERHA and Couples Resorts, with special thanks to ITF President and CEO, Diane Pollard.

Already, mothers are making use of and showing appreciation of the new and upgraded facilities at the hospital.

Kimberley Murray, whose eight-month-old son, Aaron Johnson, is admitted at the hospital, said the new facilities are truly appreciated.

She was especially grateful for the bedside chair which opens as a cot, as it means she will now be able to stay close to her baby at all times.