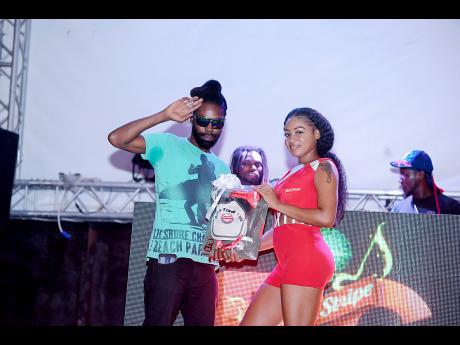 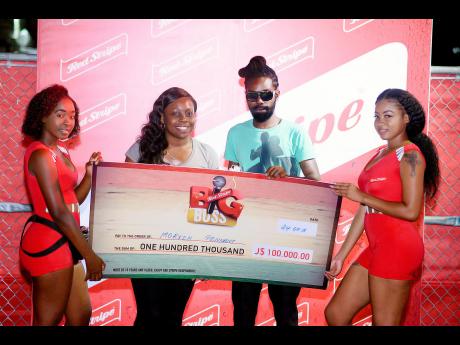 "I wouldn't say it's a miracle. Maybe it was meant for me," Pennant told THE STAR.

Red Stripe, the title sponsor for Reggae Sumfest 2018, has been looking for the island's next big stars, who will get their chance to perform at the biggest music festival in the country in July.

Interested parties were invited to participate in an audition, where they recorded a one-minute video of themselves performing an original song and emailed the video for consideration for the competition. Pennant received a message about the competition from his friend.

"I did have a video, so I asked my team to send it in. It was ironic because they tried to send it and it didn't load," he said.

"One of my friends say, 'How come you in the Big Buss thing?' I thought, 'What are you talking about?' When I check it out, 'surprised' is not even the word. It was like, 'How is this possible?' It was a week after we supposedly sent it in. It did work when my friend thought it didn't. It did!"

GETTING INTO THE FiNALS

"Then, I got an email that said I was drafted into the finals, so I should be prepared," the aspiring artiste continued.

Pennant describes the experience so far as a good one, and his expectations for Sumfest are high. "I've always wanted to grace this stage. It's funny how I'm getting to do it. But it doesn't matter how I get there, I did it!"

He entered the competition not knowing what to expect, having entered the Tastee Talent Competition years ago. "It was so many years ago, I don't even remember, so I never remembered how it felt. It was cool!"

Along with performing on the festival stage, Pennant will receive a cash prize of $100,000 and mentorship from legendary producer Mikey Bennett.

Pennant is most looking forward to the mentorship aspect of his winning package. "All this stuff added to it, I need this. Because I'm self-taught. Nobody taught me, so talking to people who know, it will be good for me," he told THE STAR.

"It was a good experience for me. I give Red Stripe a tick for giving me the opportunity to do this. It's something that got me on a huge stage. I needed this at the moment, so I'm grateful. It teaches me that all I need to do is turn up."