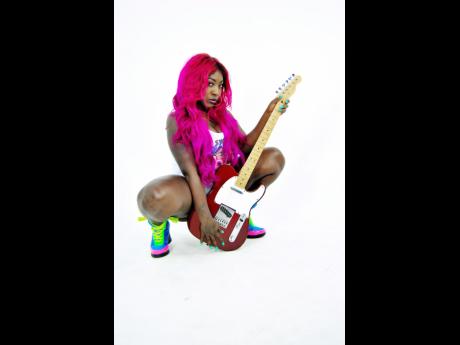 Dancehall artiste Spice has apologised to 'Love and Hip Hop: Atlanta' star Tokyo for body shaming her on the series.

Spice, who is also in the reality series, labelled the comments as the most horrific thing she has ever seen on television, stating how disappointed she was in herself.

The entertainer came under fire from social media users for the comment that she made about Tokyo.

When a member of the team introduced Tokyo to Spice as they sat dining, the entertainer, wearing a smirk, stated that she didn't think Tokyo needed anything else to eat.

A fight was however prevented by burly bodyguards.

"My mother and sisters are voluptuous women, and I joke with them daily about their weight. Likewise, they do to me. I'm less than 200 pounds, and people call me fat every day, and it's just the norm for me to say that to people. However, I now realise that I've offended people, and even though me and Tokyo have put our differences aside, I still want to take the time out to apologise to Tokyo again and also to whom I offended," Spice said in a lengthy Instagram post.

She also stated that she believes that

cultural diversity contributed to the situation because in Jamaica, fat shaming isn't

considered to be serious. She however added that she needed to realise that she was in a different environment.

It would appear that both stars have buried the hatchet as Tokyo has accepted the apology.

However, a few Instagram users stated that they took fat shaming as seriously as bullying, adding that Spice should be careful as she is "ugly" and her music is "ratchet".