STAR of the Month: 'No batter-ears gyal' - Govana likes women with ambition 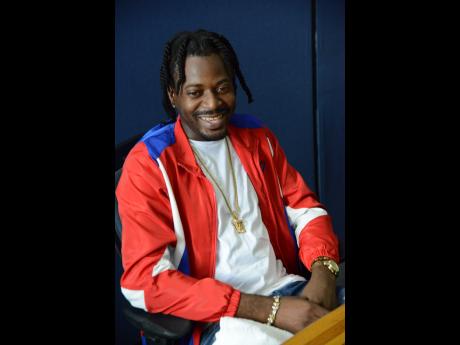 STAR of the Month Govana

When THE WEEKEND STAR asked Govana what exactly a 'batter-ears gyal' was, the artiste jokingly responded: "If you can't identify one [batter-ears gyal] as a man, then yuh inna problem."

He continued: "My definition of it is a girl that lacks ambition and self-worth, which sums it up."

Like Bake Bean, the artiste has repeatedly incorporated lyrics about having more than one girl and/or not trusting the opposite sex, using his metaphorical style of deejaying in songs such as Dozen + 10, One and Move and Better Than That, featuring Jada Kingdom.

However, he has yet to do a song that speaks simply about the type of girl he prefers.

Govana said: "I am attracted to 'star' girls, ambitious, progressive or forward-thinking ladies. When a female has ambition, it gets my attention more than a cute face - looks is just a plus."

The STAR of The Month did not go into much description in terms of body type preferences, but on the topic of females getting body enhancements he said, "I don't think I would wife a girl like that."

The Champ deejay said that it is a female's decision if she wants to do the procedures, but he is attracted to those who value and love themselves and do not think it necessary to do procedures.

"To each his own but if a girl feels like she wants to do that to look good, at the end of the day it's her body. I'm not here to bash the ladies in any shape or form," he said. "I like beautiful ladies, especially one that can put herself together, is a God-fearing, selfless person who loves people and not the hype, and has impressive culinary skills."