Star on the rise: JahDon aims to become reggae giant 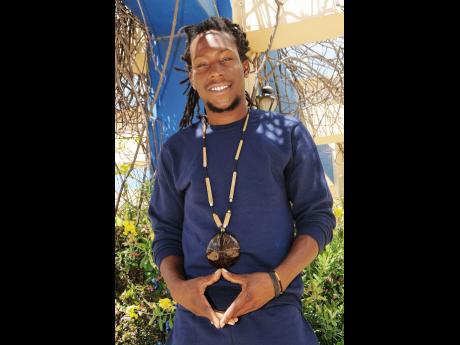 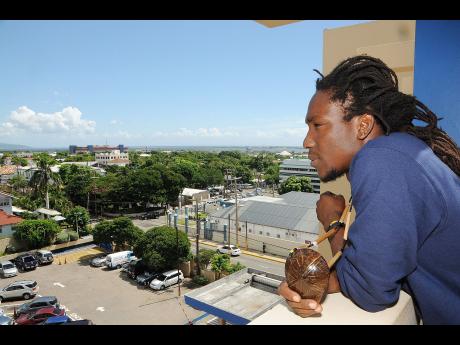 INTERESTING FACT: Made brooms to send himself to school.

Canaan Heights-born reggae artiste JahDon wants to be an example for persons who are from a similarly tough socio-economic background.

"Inna my community, mi find out say di mindset of the yute dem is dem neva have nuh body weh dem can look up to weh a do good. Suh "Mi waah fi carry my thing to the highest level suh when a yute from Canaan Heights see me him can say JahDon come from yah suh too," he told THE STAR.

The 26-year-old, whose given name is Oshane Mamby, is convinced that he has what it takes to be a giant in the reggae industry.

"Mi want fi be a living legend, no dead legend ... Mi see miself a give back to the ones weh put I forward," he told THE STAR, adding that with time, everything will fall into place.

"What I need is life, and 10 years from now we will see. Only I and I can stop myself. What I have to do is put in work," he added.

"He is a music connoisseur and draws his inspiration from the foundation artistes, the veterans and new talent alike. His lyrics are autobiographical and he has teams up with talented and unique producers," Bacchus said.

She added: "He is a star on the rise because he is born to do music and has overcome tremendous obstacles to have the privilege to live his dream. He lost his father at a young age, and watched his single mother struggle. He picked up the trade of making brooms to send himself to school, and to eventually get the funds to start recording music."

JahDon, meanwhile, pointed out that he has produced a plethora of work, including an EP called 'Congo Bongo', consisting six tracks with songs like Congo Bongo, Mother in Law and Jah Army, JahDon believes he is on the path to greatness.

"These songs show you the type of artiste that JahDon is because you have wul heap of different style and flow of music, and a lot them push on a point with positiveness," he said.

And with his production company 'Look Yah Noww Entertainment', through which he promotes his music, and Bacchus Entertainment, which is responsible for creating his visuals, JahDon stressed the importance of having control over his intellectual properties.

"There are a lot of artistes out there but their mindset is wrong. They create the music but them a wait pon a management label fi push dem music, but that is not the right mindset. My mindset is to create my own label and go down to the radio station," he said.