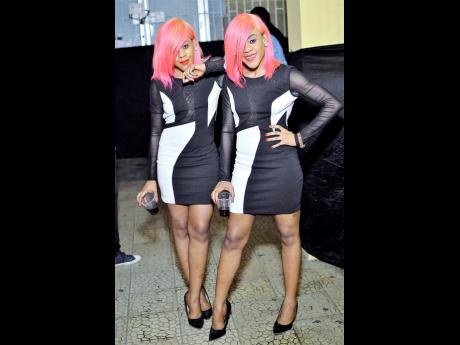 The K Queens twins, Kaydine and Kerrine Francis, have put their touch to a Jamaican classic.

The 1977 original, produced by legendary tunesmith Joe Gibbs, spent 11 weeks on the UK Singles Chart and peaked at the No.1 position in 1978.

Listeners will instantly recognise the familiar I'm Still In Love With You rhythm, which was most recently-repopularised by Sean Paul and Sasha.

Of the brand-new release, K Queens stated, "it was inspiring doing this song because we can recall family members expressing their love for it and how much they enjoyed it back in the day till now."

"K Queens did a great job on this classic. Reggae fans worldwide can now add this new version to the universe of reggae classics," said GTC Entertainment boss and reggae/dancehall artiste Rayvon, most famous for his collaborations with Jamaican superstar Shaggy on the number one pop hit Angel and the dancehall staple Big Up.

Sugar Bear added, "K Queens' rendition has brought forth a modern feel to a song that has endured the test of time over generations."

Born and raised in Kingston, Jamaica, K Queens initially caught the attention of another one of the island's musical icons, Bounty Killer, who welcomed them to be part of his Alliance Next Generation (ANG).

ANG, an extension of the dancehall general's Alliance family, was established to mentor and assist young artistes within the Alliance camp.

Jamdown Top Ranking is available on all platforms.