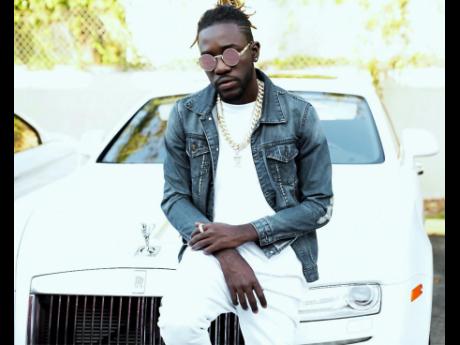 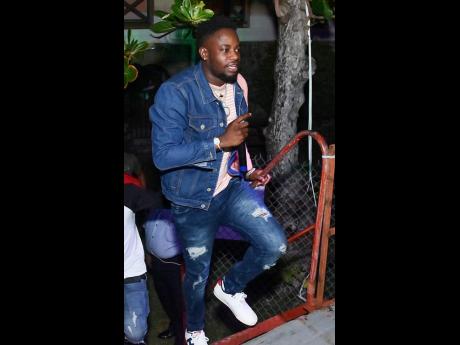 Last week, aspirant vocalist Alexx A-Game returned to the airwaves, teaming up with dancehall star Ding Dong Ravers to cleverly tell all obstacles human or otherwise to 'Chuck It'.

For Alexx, the song has the potential to 'buss big' in dancehall while maintaining a positive message.

"From I created the song, it had a vibe. The tempo and everything. It had a dancehall feel. I wanted to add that flavour so it could resonate in the dancehall space. Right now, there's no better person that Ding Dong Ravers. Him have a certain control over the space," Alexx A-Game told THE WEEKEND STAR.

Alexx reached out to the established deejay (and leader of the popular local Ravers Clavers dance crew), who felt the same energy.

"It's a good song. It mad, straight vibes from the song. He brought the song to me, and instantly, mi love it. The vibe is right," Ding Dong said. "We always support artistes with them type of potential. Alexx A-Game future bright like whoa."

As 2018 comes to a close, Alexx is celebrating the success of his previous hit Go Harda.

For 2019, Alexx intends to expand on that by toiling in the studio.

"With the attention of Go Harda, ears are open. In the festive season, it's the right time to give people a new flavour," he said.

A radio rotation regular, Go Harda marked the rising star as a reggae-inclined performer. Alexx hopes Chuck It will add to that by putting his range on display. He said: "I'm always trying to create that balance. A song like this is important to show diversity and balance."

But this is just the first of many steps. True success, for this young star, is a sold-out stadium.

"What will really make me feel like me deh deh [is] when my name bring up a crowd and full up a stadium, when they see the name and tickets are sold out. I'm creating a catalogue. I'm thinking of the future so that when a person hears 'Alexx A-Game', it's not just one song that comes to mind," he said.