Gospel Spotlight: A Pazzion for the gospel 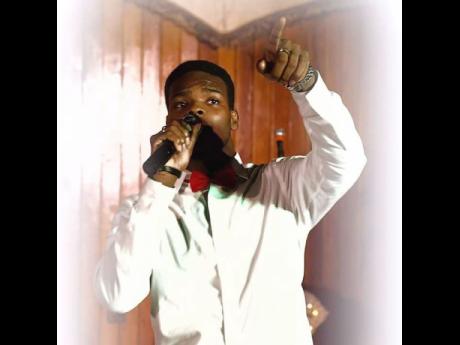 Fledgling gospel artiste Pazzion is on a mission to win the souls of young people for the kingdom of God. He has set out to do so through modern, upbeat gospel music, similarly to how Papa San ministered to him when he was a mere teenager.

"Papa San brought gospel in a different way and sound, which helped me to come to Christ," Pazzion told THE WEEKEND STAR. "Mi did love dancehall growing up so when me see him start do it, it inspire me more and me start gravitate to Christ. That is what I want to do for others who, like me, love the music but do not necessarily know God. I want to bring it into the type of music they are listening to and return the favour, cause Papa San did that for me."

The singjay may have a head start in his mission with his latest single, Clap Clap. The Rolando Brown-produced track is flavoured with an uptempo dancehall beat, catchy chorus and Jesus-party vibe.

Pazzion started listening to other artistes like DJ Nicholas and Prodigal Son, and ultimately decided to get baptised at the age of 19. Now, he enjoys the best of both worlds as he shares his love for ministry with his long-standing affinity for music. Pazzion is an active member and youth leader at the Portmore Church of Christ in St Catherine, where he uses sign language and drama classes to minister to youth.

But he was not always walking the straight and narrow.

"I was such a troublesome child and I got in a lot of trouble when I was at Ascot High School," he shared. "When I was at the HEART Academy, me meet a bredren weh introduce me to the church and me start play football with them til after a while I got baptised and understood what ministry was. I enjoy ministering to people as God ministers to me."

Pazzion, born Daniel Reid, embarked on a music career two years ago and released his debut track, Don't Be Deceived, last year. Even though his journey has been relatively short, Pazzion declared "The gospel industry is worse than the secular industry".

"The struggles dem real, I was told then but me experience it myself," he said. "The fact that it's harder to get in contact with producers and a lot of them are really expensive makes you wonder if it's really gospel they are doing."