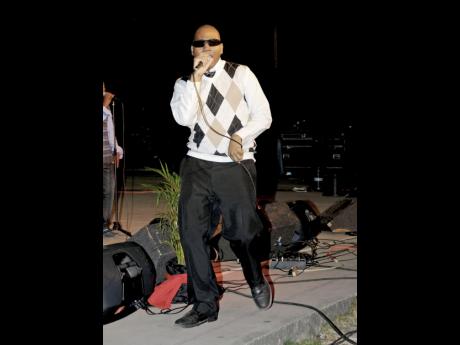 Even though they have restarted their lives in different countries, gospel artistes Minister Blessed and Lypher are committed to ensuring their ministry makes it back home.

Tomorrow, the two young evangelists will once again join forces to headline We A Come From Far: Reloaded.

In 2016, it was thought that We A Come From Far Part 2 was the grand finale, because chief organiser Minister Blessed emigrated to Guernsey, a Welsh island. So these days, the concert title is quite literal.

"We a come from far based on where we now reside," Minister Blessed told The WEEKEND STAR.

Lypher, the other headliner on the show, can also testify about journeying.

In 2012, he emigrated to the US and currently resides in Florida. From Guernsey, it took Minister Blessed two days of travel and three aeroplanes to get back to Jamaica.

"We needed to take some time before being able to 'reload'. I'm not sure if it will always be held consistently on an annual basis. That depends on various factors. However, I don't think this staging will be the end of the legacy. As God gives the vision, He'll make the provision," Minister Blessed said.

We A Come From Far began as a one-off event, but relative success encouraged the organisers to try develop it into an annual celebration.

However, living overseas makes it difficult to consistently connect with the Jamaican audience and sustain a concert series. But Minister Blessed makes it work.

"With the advancement of technology, we are able to record overseas even though tracks are produced locally," he said. Additionally, their living situation affords them 'international status'.

Minister Blessed added: "When appearing on an overseas chart, it means your music is not limited to where you're from, but everywhere in the world. And the fact that we're not in Jamaica all the time gives our fans and peers something to look forward to whenever we come home."

The event will be held at the National Housing Trust Sports Club in New Kingston starting at 6 p.m.