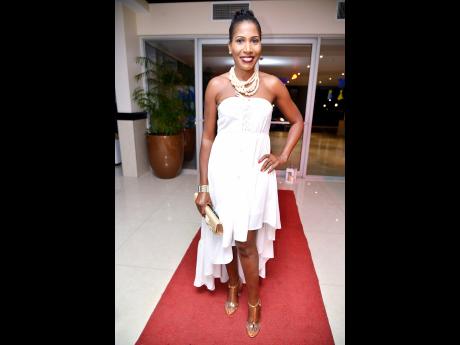 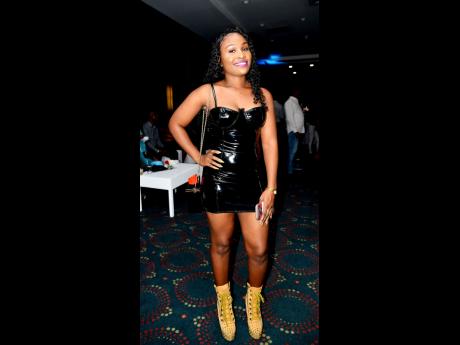 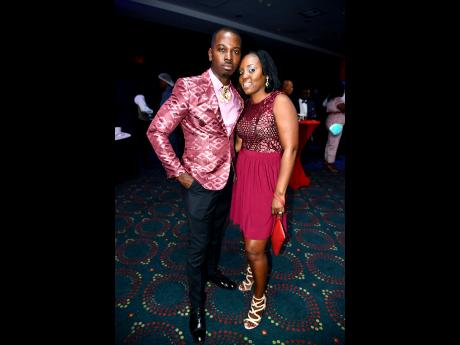 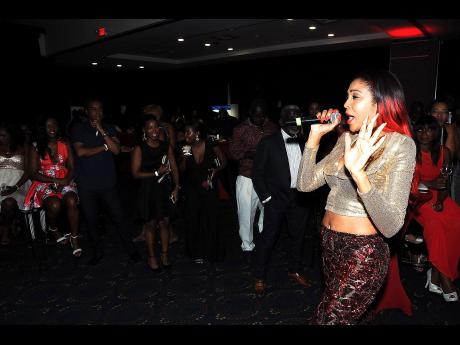 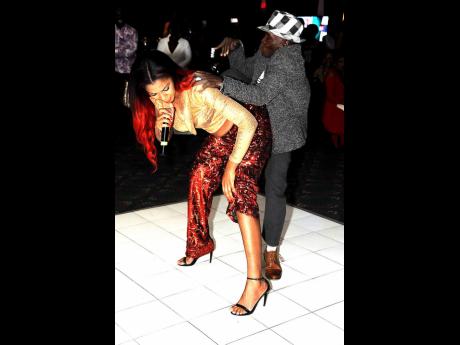 Emmanuel 'Shorty' Anderson (right) puts the moves on D'Angel as she performs at the RJRGLEANER Communications Group's staff party at The Jamaica Pegasus hotel, New Kingston, on Friday. 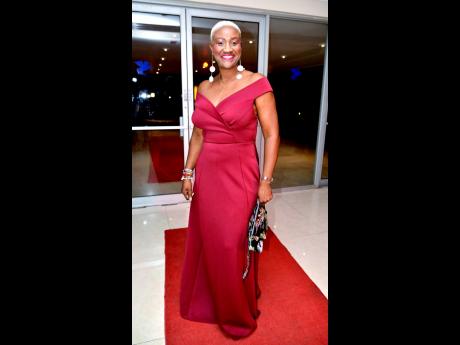 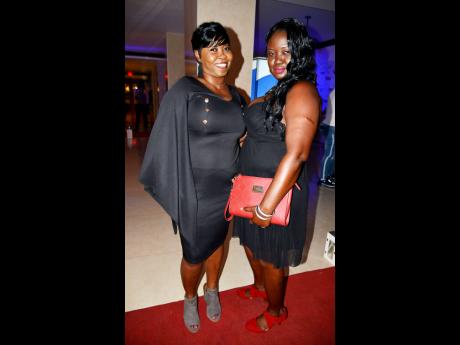 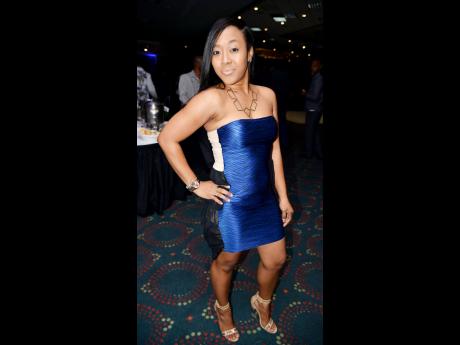 Dancehall artiste D’Angel spared no effort in delivering an enthralling performance at the annual RGRGleaner Communications Group staff party, held at The Jamaica Pegasus hotel, New Kingston, on Friday night. The ‘First Lady of Dancehall’ dazzled in a fashionable, two-tone sequin fit and immediately got guests rocking and singing along to songs like No Worries, Blaze and Living Uptown.

Things took an interesting turn when the entertainer invited Emmanuel Anderson, employee, to share a dance with her to her popular track Can’t Love You Like Me. It was only fitting to share the platform with a male companion as the song features G Whizz. Anderson, though noticeably shorter than the former model, gave her a run for her money as he stood up to any challenge she presented.

The walls of the Grand Jamaican Suite could barely contain the laughter, outbursts and ‘blanks’ offered by guests as D’Angel and Anderson put on a show - paparazzi style. Even though she did not get to perform her newer songs like Brand New and Frighten Friday, the entertainer described it as “an amazing show”.

“I had fun and that is what entertainment is about; if you’re not having fun don’t dweet,” she told THE STAR. “Sometimes when you plan a set it changes depending on the vibe and the audience. I haven’t done a lot of my other songs, like Stronger, or my new songs, but it just goes to show when you have a good catalogue you don’t even have to do new songs to get a forward. As long as you are a true entertainer, you will always and forever be in the good book. It was effortless because I’m a true entertainer from birth, so it was a good vibe.”

Other performers of the night included Agent Sasco, who took guests on a musical voyage with his earlier hits like Don’t Mek We Hold Yuh, Hands Inna Di Air and Something’s Gotta Give before segueing into tracks from his 2018 Hope River album, including Banks of Hope and Winning Right Now. Also adding to the entertainment package was British-based deejay Stylo G, whose break-out hit Touchdown Remix, featuring Nicki Minaj and Vybz Kartel was a crowd favourite.

It was then left to DJ Delly to provide the music, while the fashionistas of the evening brought the vibes and closed the night on a high.